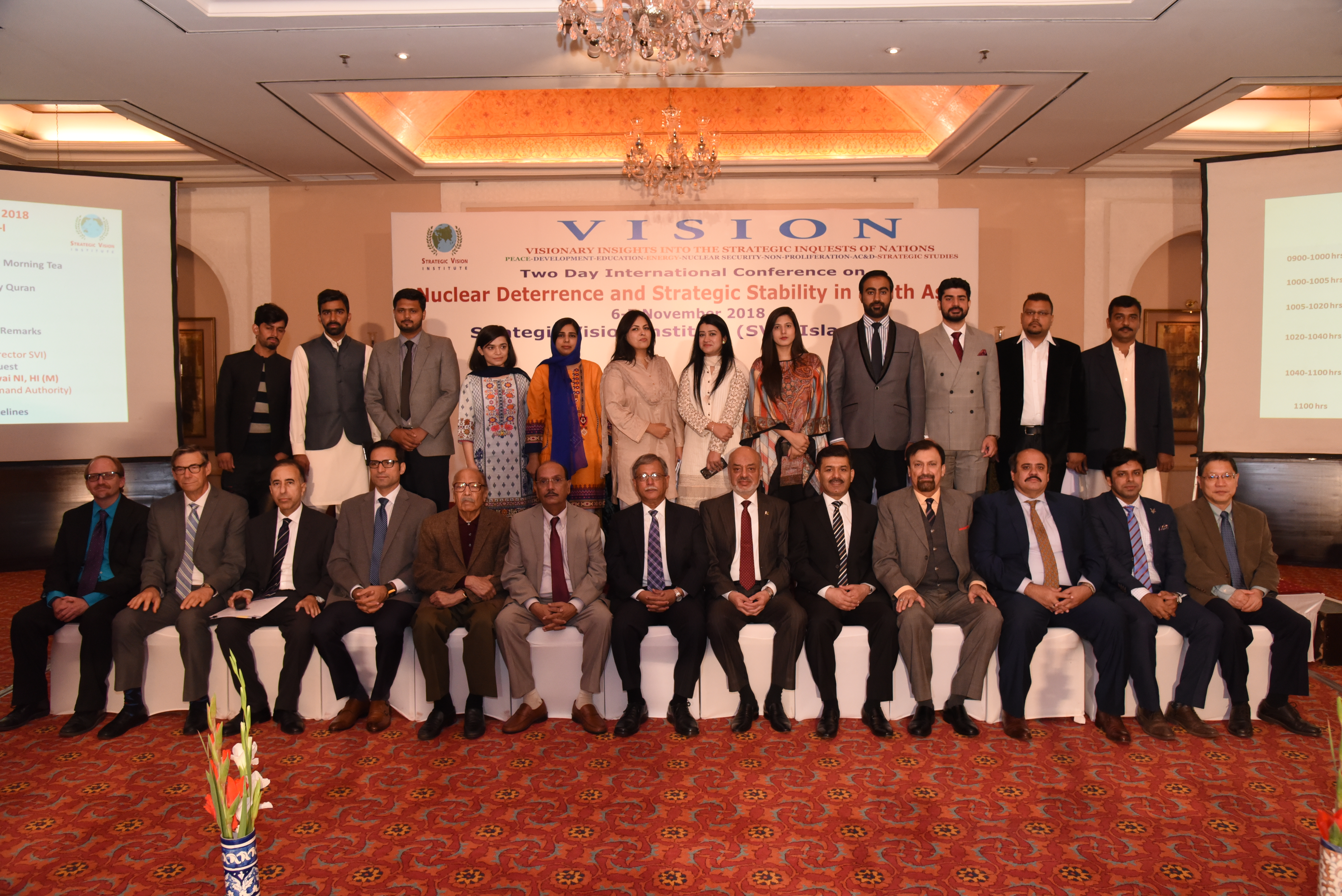 DAWN ISLAMABAD: Adviser to the National Command Authority (NCA) retired Lt Gen Khalid Kidwai on Tuesday said Pakistan would not follow India’s suit in developing a defence system against ballistic missiles because it found little value in such systems, but would continue to seek to redress the imbalances caused by Indian moves.

“Pakistan remains unfazed and as before, we have adequate response options which will disallow any disturbance of the strategic balance or strategic stability. That fundamental policy will prevail,” Gen Kidwai told a conference on ‘Nuclear Deterrence and Strategic Stability in South Asia’ hosted by the Strategic Vision Institute (SVI).

He was speaking in the context of India-Russia deal for S-400 missile systems. India had been working on the development of a multi-layer ballistic missile defence system for over a decade now. Besides the S-400 deal, India has large-scale cooperation with Israel for BMD development.

“Much hype has been created around this particular technology induction and some have gone to the extent of calling it a game changer for South Asia,” he said, adding that this was wrong.

“The history of our strategic force development clearly indicates that Pakistan has never allowed this (strategic) balance to be disturbed to our disadvantage; we have always found effective solutions to redress induced imbalances from time to time,” Gen Kidwai said.

He said Pakistan had already possessed “cost-effective solutions” to take care of India’s BMD in the shape of MIRV capability and four categories of cruise missiles. He said India’s BMD only had symbolic value and “Pakis­tan’s answer [to it] is available today”.

The NCA adviser said Pakistan had long ago taken “conscious decision” of not developing an anti-ballistic missile system because of reasons that remain valid even today.

He maintained that Pakistan’s response to India’s nuclear-powered ballistic missile submarine INS Arihant too could be found in Full Spectrum Deterrence which implied possession of a full array of strategic, tactical and operational weapons, having appropriate weapons yield, coverage and numbers, and liberty to choose targets.

SVI president Dr Zafar Iqbal Cheema said India was looking for space for fighting a limited war with Pakistan, whereas the latter was trying to deprive the former of that opportunity by coming up with responses like tactical deterrence. “This is our contribution to peace,” he added.

India, he regretted, was pushing the region into an arms race that would have long-lasting consequences.

ISLAMABAD: Leading international experts believe that while regional security was being adversely impacted by India-Pakistan rivalry, it has now been further complicated by the great power rivalry.

They were speaking on the last day of the two-day international conference on ‘Nuclear Deterrence and Strategic Stability in South Asia’ that had been organized by Strategic Vision Institute (SVI) – an Islamabad based think tank. The conference was addressed by a number of international as well as local experts. The think tank believes that equilibrium of nuclear deterrence between India and Pakistan is the underpinning of the South Asian strategic stability.

Pakistan’s Former Permanent Representative at the United Nations in Geneva Amb Zamir Akram said that while deterrence equilibrium may have been achieved in South Asia, but there is no nuclear order in the region.

The envoy reminded that nuclear order, which is based on managed systems of deterrence and abstinence, is achieved through multilateral or bilateral agreements, processes of dialogue and moratoriums.

He recalled that Pakistan-India agreement on non-attack on nuclear facilities; Lahore agreement; unilateral moratorium on nuclear tests; and initiation of other Confidence Building Measures was the first step taken towards setting up of a nuclear order in the region. However, the opportunity for a stable nuclear order was lost by India’s rejection of Pakistani proposal for Strategic Restraint Regime.

The situation has been further complicated by absence of a dialogue between the two nuclear armed neighbours, increased hostilities along the Line of Control and Working Boundary and the repression of the freedom movement in Indian Occupied Kashmir.

Underlining Pakistani commitment for a stable and sustainable nuclear order in the region, Amb Akram said Pakistan remains ready to resume dialogue in bilateral and/or multilateral format for this purpose.

Former Director General Arms Control & Disarmament Affairs (ACDA) at the Strategic Plans Division (SPD) Mr Khalid Banuri said India was responsible for the problematic situation wherein two nuclear weapons states were not talking to each other. “South Asia is caught up in endemic hostility, where India is refusing to come to the table”.

Speaking about the security dilemma in which the region is caught, he noted that cannisterization of missiles, acquisition of S-400 missile systems, and nuclearization of Indian Ocean by India were disturbing developments.

Dr Zafar Khan, who is teaching at National Defense University Islamabad, proposed that security dilemma could be mitigated through creation of some form of restraint regime in South Asia, adhering to agreed confidence building measures, maintaining a moratorium on nuclear testing, increasing economic integration and most importantly seeking resolution of outstanding issues particularly the core of Kashmir.

Dr Kenneth Holland, who is associated with American University of Afghanistan, maintained that trust and confidence between India and Pakistan, based on mutual benefit was key to achieving strategic stability in South Asia.

He noted that the region’s stability was also being affected by the security and economic interests of three great powers-China, Russia and the United States. “The rivalry between China and the US is the strongest force affecting South Asia’s stability, one consequence of which is that India is an ally in the American Indo-Pacific strategy,” he stressed.

Dr Bhumitra Chakma from The University of Hull, in his presentation which reflected the Indian perspective about the challenges of strategic stability in South Asia, said strategic stability in South Asia is being strained by multiple factors. “Indeed, South Asia’s nuclear security dilemma is complicated not least because of India-Pakistan enduring rivalry, it is also complicated because of its extra-regional dimension”.

About the absence of steps for normalization of relations between Pakistan and India, he said, “deterrence stability will remain challenging as long as the two countries cannot come to a political understanding”. He further said that deepening strategic partnership between China and Pakistan, as manifested by China-Pakistan Economic Corridor, has raised fears of encirclement in India.

Meanwhile, Mr Dale Walton of Lindenwood University (US) contended that the belief that deterrence stability exists has encouraged complacency.