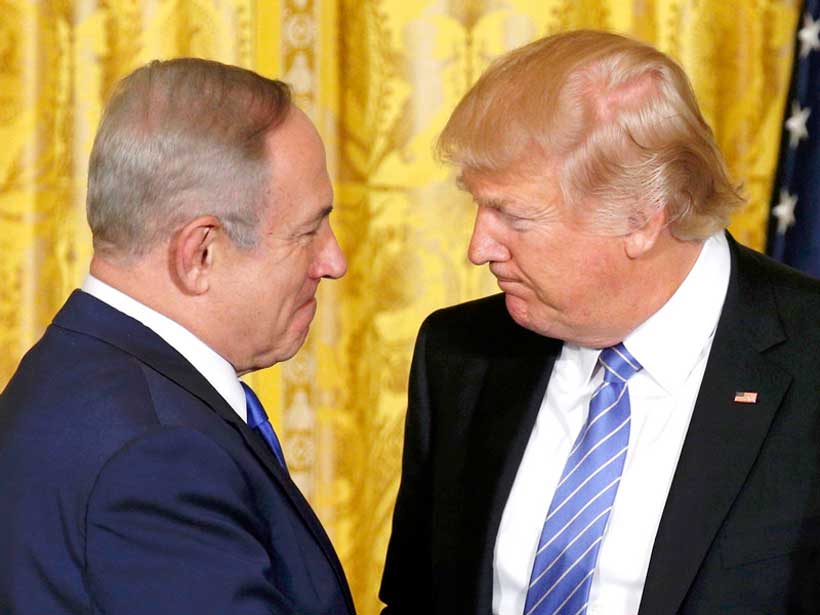 Of all the varying reactions from the rest of the world following the White House’s latest Mid-East Peace Plan, none as such have come as a surprise considering the last few years’ trajectory of inter-state relations within the Middle Eastern region. The ‘peace’ plan which was announced by President Trump alongside a beaming Benjamin Netanyahu was already contentious enough in its one-sidedness considering it was developed without any consultations with Palestinian representatives. What’s more, the presence of the Bahraini, Emirati and Omani ambassadors at the unveiling of this plan at the White House marked sort of a tacit endorsement from key Arab countries, a lot of whom have been steadily normalizing their relations with Israel. Add to that the encouragement voiced by the Egyptian and Saudi governments on how the plan represents an important starting point, and what one’ s left with is the bitter yet glaring confirmation of the US and its regional allies’ increasingly gratuitous tilt towards Israel.

This tilt is further evident in the recent trajectory this ‘peace process’ has taken particularly under the Trump presidency. Controversially spearheaded by Jared Kushner, the US President’s son-in-law, the entire process has been characterized as the ‘deal of the century’ in an almost business-like manner. As a result, Mr. Kushner and his family’s long-held business ties within Israel, along with his willingness to cultivate a stronger relationship with Saudi Arabia in the form of one of the biggest arms deals in recent history, have carried with them the unsavory appearance of Mr. Kushner’s mixing business with government. What this has led to is even further imbuing the White House with Mr. Trump’s characteristic way of cultivating diplomatic goodwill amongst other world leaders in an almost transactional like manner. Something that remains characteristically reminiscent of his past reputation as a wheeling and dealing New York real estate mogul, as well as the basis for his recent impeachment.

Yet, accompanying the Trump dynasty’s overly pragmatic and rent-seeking approach to diplomacy, there is an overpowering sense of indifference to the complex history of the Israel-Palestine conflict. Not to mention President Trump’s almost habitual compulsion to pay homage to some of the region’s most controversial strongmen ranging from autocratic royals, to former military and intelligence moguls. Especially in the case of Prime Minister Netanyahu and his consistent strong-arming of the Palestinian cause, President Trump’s Peace Plan for the Middle East simply legitimizes the systematic encroachment and encirclement of Palestinian lands within an already brutal and repressive police state. In fact, he has undone whatever little credibility past US presidents had painstakingly developed in the form of projecting the US as still a somewhat trustworthy mediator.

Instead, by simply echoing Israeli hardliners he has used the Iranian threat to the region as a rallying cry for shoring up Arab support in favor of Israel. As a result, even though the Palestinian cause still resonates strongly with the predominantly Muslim population of the region, it has been reduced to nothing more than mere lip service and symbolism at the state level. This holds particularly true in the case of the Arab Kingdoms of Bahrain, UAE and Saudi Arabia, where economic and security ties with the US centered on the Iranian threat have increasingly led to a growing sense of indifference to the Palestinian cause.This was clear as day even in the OIC’s recent condemnation of this plan, which while aimed at presenting a unified opposition to the Palestinian position, rang hollow considering how the same summit was used by host Saudi Arabia to once again politicize its enmity with Iran. Hence, while the summit which was held at the request of Palestine presented a swift and unified retort by rejecting the US plan on the surface of things, the OIC as a whole is finding it increasingly difficult to paper over the rifts that continue to divide its members along some of their most deep-seeded historical and religio-political fault-lines.

It is thus no wonder that this vision or rather responsibility of uniting the Muslim Ummah – which ironically once lay at the heart of why the OIC was set up – is being carefully revived by states outside the region. These include Muslim majority countries such as Turkey, Pakistan and even to a certain extent Malaysia which while not directly involved in the Middle East’s conflicts still face serious economic and security issues that emanate directly from this region. As economic and/or military powers in their own right, these states have the geo-strategic advantage of being at the periphery of this volatile region, while still being able to exert considerable diplomatic influence both within as well as with outside power brokers such as the US, China and Russia.

The geo-politics behind the recently held Kuala Lumpur summit at which Pakistan has been at the center presents the perfect example. It is exactly this challenge which OIC members are faced with when setting up an objective, impartial and yet effective international forum along the lines of the UN or SCO while still staying true to the very concept of a unified Pan-Islamic Muslim Ummah. Yet, as exemplified by the precarious position Pakistan has found itself in between the overtures of the Saudi dominated OIC at one end, and the growing assertiveness from the likes of Turkey and Malaysia at the other, any challenges to the prevailing status-quo must be undertaken with the utmost delicacy and diplomatic finesse.

This holds especially true when the most immediate need is to balance vital economic and security interests against the more principled stances required in defending the Palestinian (and even Kashmiri) cause. A definite tragedy considering that despite all its destructive interventions, it was once the United States that stood for championing the importance of equality, freedom and justice within global politics as timeless ideals over brute pragmatism. With its latest Mid-East Peace Plan, it appears that the US has even stopped pretending let alone actually caring for such idealistic virtues – leaving Palestine along with the rest of world none the better.