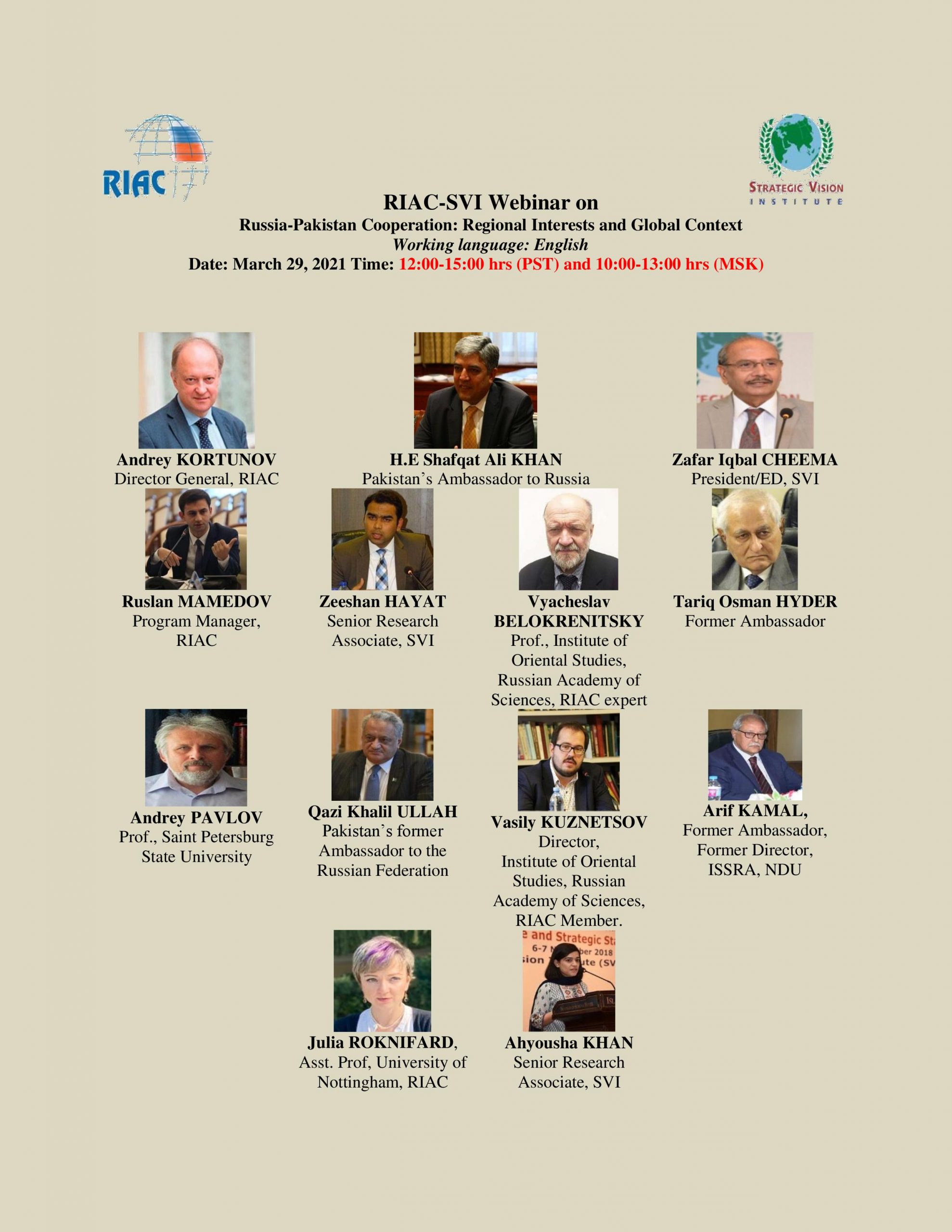 ISLAMABAD – Pakistan’s Ambassador to the Russian Federation Shafqat Ali Khan on Tuesday said that Islamabad and Moscow had gradually built strategic trust and the two countries had put in place institutional mechanisms for taking their bilateral coordination and cooperation forward.

He was speaking at a webinar hosted jointly by Strategic Vision Institute and Moscow-based Russian International Affairs Council on ‘Russia-Pakistan Cooperation: Regional Interests and Global Context’.

“The two countries in the past two decades have sincerely pursued development of friendly cooperative relations and today these relations are marked by deepening trust and expanding win-win cooperation,” the envoy said while hailing the “development of the strategic trust” as a huge success.

Ambassador Khan said, “A solid architecture” had been put in place by the two countries for consultations and coordination on a wide range of issues including strategic stability, counter-terrorism, and economic and trade relations. He noted that bilateral trade had last year touched an all time high of $730 million.

The envoy hoped that North-South gas pipeline, which had recently been renamed as Pakistan Stream, would become a flagship project of Pakistan-Russia economic relations.

He said Moscow had also expressed interest in revitalisation of Pakistan Steel and improvement of Pakistan Railways.

Ambassador Khan said that Pak-Russia Intergovernmental Commission on Trade, Economic Scientific and Technical Cooperation, which could not meet last year because of COVID-19 pandemic, would likely to meet this year to take up various proposals for promotion of bilateral economic relations.

He observed that bilateral defence relations had also grown alongside progress on other elements of the bilateral relations.

Former Ambassador to Russia Qazi Khalilullah, while speaking at the webinar, touched upon the Russian proposal for collective security in the Gulf region. He said the Russian proposal espoused a regional and multilateral approach in developing a security system by holding bilateral and multilateral consultations between interested states including the UN Security Council.

Director General RIAC Andrey Kortunov emphasised that both Russia and Pakistan enjoyed geo-political importance at the regional as well as global level and said the two countries could cooperate with regards to developments in the broader Asia region and the Middle East in particular, which he described as the “most explosive and one of the least stable parts of the world.”

President SVI Dr Zafar Iqbal Cheema said Pak-Russia ties were marked by convergences instead of divergences though the pace of progress in the relationship had been relatively slow.  He was of the opinion that global and regional developments brought both Russia and Pakistan close to each other.

He said growth in ties was likely to gather further momentum with the rapidly transforming global and regional scenario. Several Russian and Pakistani former diplomats and academics also spoke on the occasion.

The SVI- RIAC event on Pak-Russia relations was reported in the following newspapers on March 31, 2021 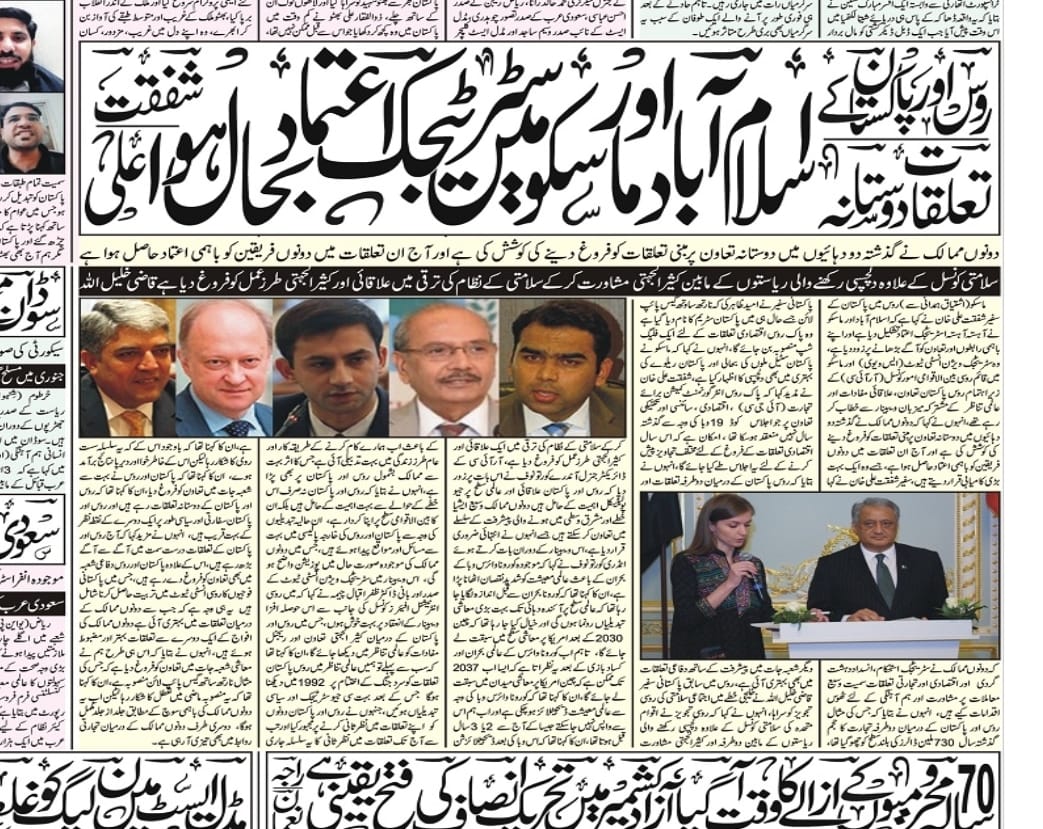 Previous PostSVI Webinar on: "NPT and Promise of Disarmament" Published in The NEWS Next PostIndia’s Commissioning of Nuclear Missile Tracking Vessel: Security Implications for Pakistan