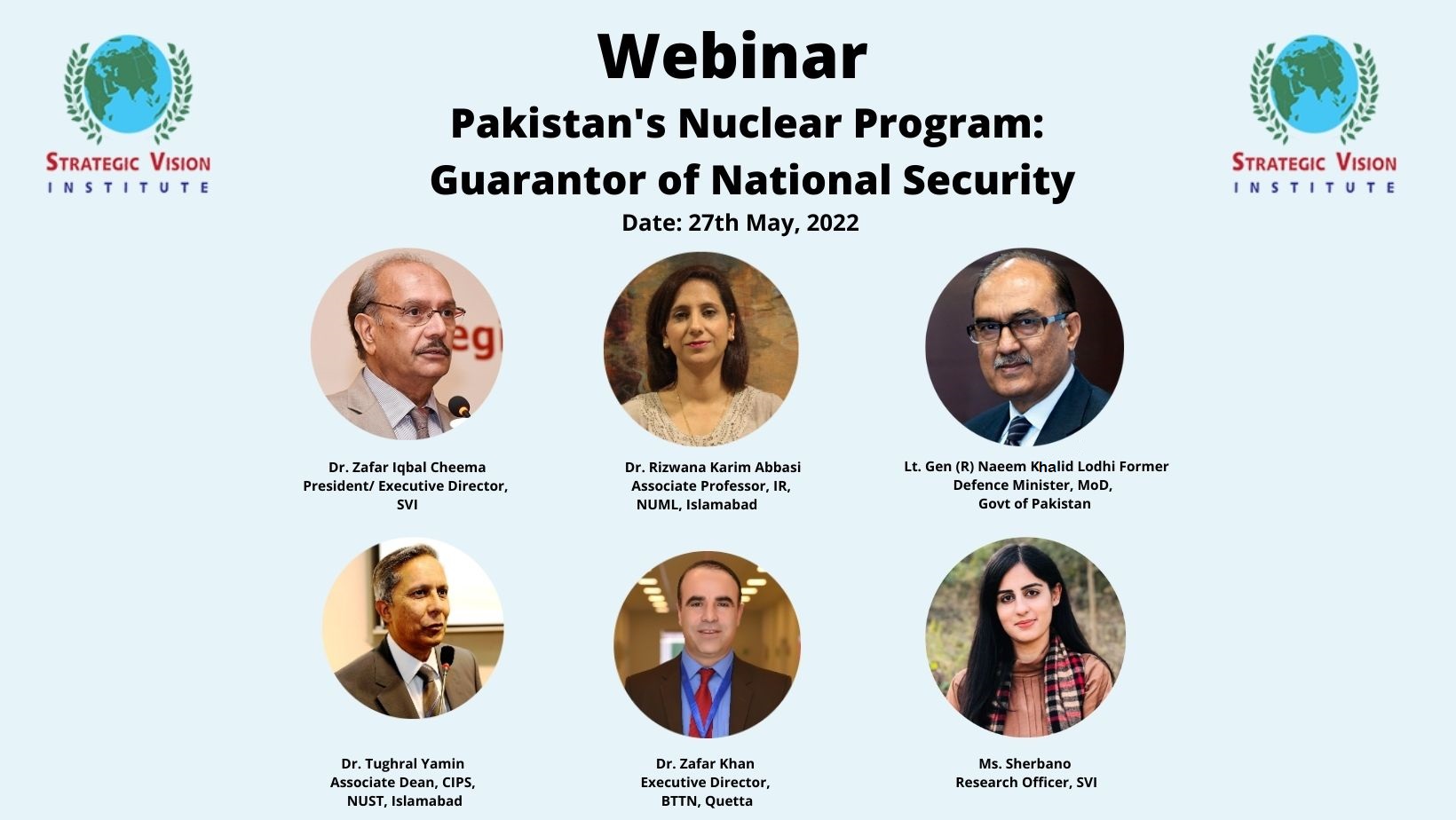 ISLAMABAD: Experts believe that the nuclear programme has prevented India from imposing a largescale conventional war on Pakistan since 1998 nuclear tests, but worry that Western countries` `strategic partnership` with New Delhi could disturb the region`s fragile deterrence stability.

They were speaking at a discussion hosted by Strategic Vision Institute (SVI) titled `Pakistan`s Nuclear Programme: Guarantor of National Security` on the occasion of the 24th anniversary of the nuclear tests, says a press release issued by the think tank.

The event was held to celebrate the progress made by the country`s nuclear programme that not only ensured national security, but had also been contributing to its economic development.

Brig (Dr) Tughrul Yamin Malik, associate dean of the Centre for International Peace and Stability atthe National University of Sciences and Technology, said Pakistan`s nuclear capability had become the core of national security doctrine as it was believed that nuclear weapons were the best protection against the existential threat posed by India.

He, however, pointed out that India`s nuclear programme was growing at a much faster pace than that of Pakistan as manifested by its efforts to develop cruise missiles and operationalisation of its nuclear submarines.

Dr Malik also emphasised on the need for improving economy and ensuring welfare of the people for better security.

Dr Zafar Khan, executive director Balochistan Think Tank Network, said the primary aim of Pakistan`s nuclear weapons was to maintain deterrence stability and they have successfully deterred India in the past 24 years.

He said India`s growing strategic partnership with a number of countries including Israel, France, Russia and more importantly the UnitedStates was affecting the deterrence stability of South Asia in general and Pakistan`s security in particular.

He urged the countries having strategic ties with India to adopt a balanced approach and refrain from taking sides in South Asia, adding that such an approach would restore strategic stability which in turn could benefit all those having geopolitical and geo-strategic interests in South Asia.

Dr Rizwana Abbasi, an international relations professor at National University of Modern Languages, too expressed her concerns about region`s strategic stability, which she said was in a flux.

She said growing weapons asymmetry, absence of confidence building measures and deepened mistrust was driving the region close to the brink.

She said Indian ambitions of greater India and the ongoing great power rivalry in which New Delhi was being promoted to counter Beijing was undermining region`s strategic stability.

The Webinar is also covered by: