SVI Webinar on” India’s Counterforce Temptations”-Published in THE NATION 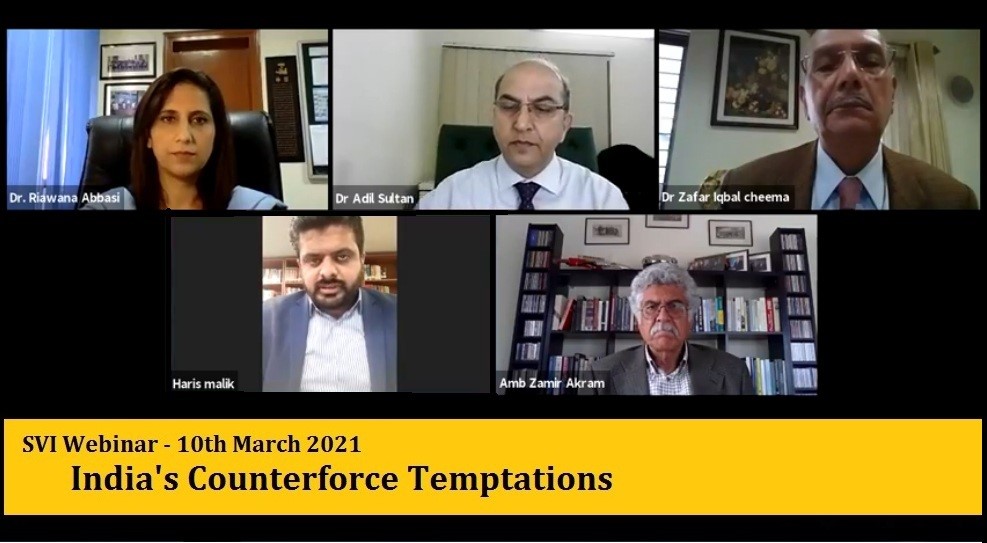 ISLAMABAD – Former Pakistan ambassador to the United Nations and Conference on Disarmament Zamir Akram on Thursday stressed the need for developing a credible second-strike capability for stable deterrence.

He was speaking at a webinar hosted by the Strategic Vision Institute ‘India’s Counterforce Temptations.’

It should be recalled that the statements by Indian leaders and development of nuclear capabilities point to a possible strategy of a pre-emptive strike against Pakistan’s nuclear forces in the eventuality of a crisis.

He also called for enhancing the capability to penetrate India’s ballistic missile defence system. He said that progress made in this regard by Pakistan through development of cruise missiles and multiple independently targetable re-entry vehicles.

He said that hypersonic weapons were considered to be more effective against short-range ballistic missiles such as Nasr. India’s intentions, he asserted, were to use hypersonic weapon as a deterrent against Pakistan by implementing its Cold Start Doctrine.

Dr Rizwana Abbassi, head of international relations department at National University of Modern Languages, said that India believed to be enjoying an edge over Pakistan because of the new technologies that it had acquired or developed.

Indian temptations, she said, though hard to materialise at a practical level were undermining the broader strategic stability and were thereby increasing nuclear risk and generating a new sort of arms race in South Asia.

This Webinar is also covered by PTV NEWS