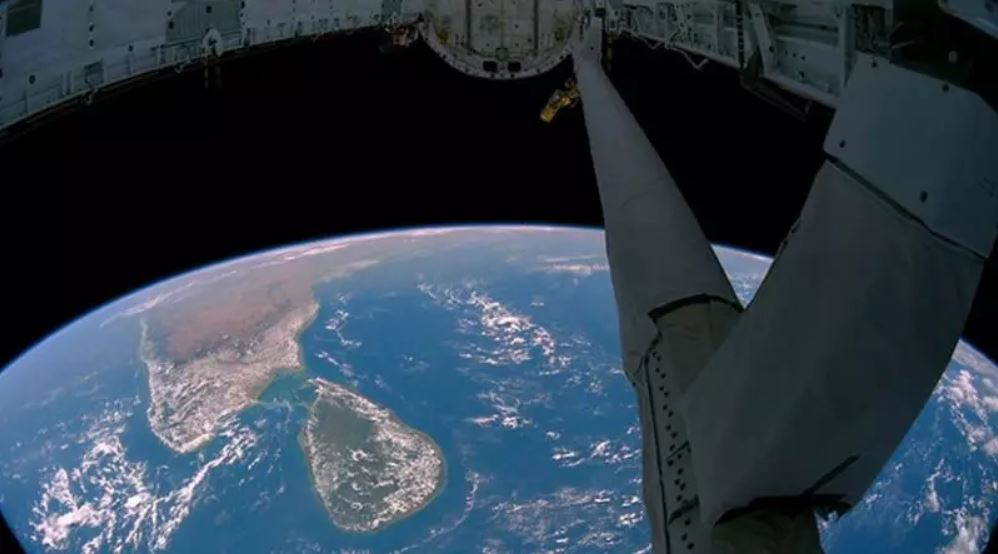 Island republics can advantageously secure global outreach as well as serve as spearheads in international competition. Growing dependence over maritime trade and its efficacy to serve as a trading nerve center renders all maritime transactions as part of a broader Sea Lines of Communications Matrix. In this arrangement, global powers aim to gather support from allies that have enhanced littoral potential. Between the Chinese Belt and Road Initiative and America’s established maritime presence in South Asia, Sri Lanka is likely to serve as a major lynchpin in any future competitive engagement. For both China and America, seeking a Sri Lankan alliance has evidently become a viable strategy which can also upset their own adversarial relationship with another. As such, the Indian Ocean and its coastal states are fast becoming centers of immense global focus.

This for instance is evident in how India and China have enhanced their financial outreach to construct maritime ‘outposts’, for securing vital economic markets and interests. For America, this might not pose as a threat currently due to its established presence in these regions. But once it crosses certain thresholds, there is bound to be a reaction. Renewed security commitments and meltdowns in the Middle East divert all pressure on its alternatives and closest in proximity to the vital sea lanes is Sri Lanka. Sri Lankan ports offer its investors access to directly tap into global maritime traffic. Only ten nautical miles south of Sri Lanka lies the busiest East-west shipping route through which 60,000 ships carrying almost half of world’s containerized cargo and two-thirds of global petroleum supply pass annually. Because of Sri Lanka’s position as a nautical corridor between the east and west, a country like China is fully aware that its success in the Indian Ocean depends upon its ties with Sri Lanka.

Sri Lanka consists of a coastline which can also be used to build deep sea water ports with the ability to handle high density cargo.  It also offers a unique vantage point and an overwatch to keep an adversary’s maritime interests in check. For China and its post Malacca Dilemma, investing in Colombo and Hambantota and looking to amalgamate Sri Lankan interests with its own has added a new dimension to Indian Ocean politics. Around 4500 tanks and 36000 ships pass from Sri Lanka annually through the Hambantota port. International maritime trade can be hugely affected even if there is a slight disturbance at the southern tip of Sri Lanka. Security of sea lines of communication (SLOC) is also directly linked to Sri Lanka which is very important for China in order to establish its roots in the Indian Ocean.

America believes that China by connecting Chabahar, Gawadar, Colombo and Hambantota wants to increase its influence and control over global trade. Alternating Diego Garcia to a more robust and comprehensive maritime arrangement would mean incentivizing Sri Lanka to a point where it is able to converge towards a mutually agreeable position. Ideally, that would mean Sri Lanka would have to prioritize Chinese and American incentives towards a more affable design. Realistically, such a choice either is riddled with qualifiable criteria or is undesirable. For Sri Lanka, this poses not only an immense opportunity but also posits a substantive dilemma. Choosing to allow one state would mean unnecessarily intimidating the other; something Sri Lanka cannot afford to do considering its economic and political conditions.

India also has a deep-rooted desire to dominate the Indian Ocean. With the growing influence of China in the Indian Ocean, India’s interests in the region are being challenged. In order to secure SLOCs to the Middle East which is used to supply oil and energy, India is also trying to strengthen its relations with littoral states to reassure and reinforce its maritime sustenance. Indian Prime Minister Narendra Modi chose Sri Lanka and  the Maldives for his first foreign visit since his reelection which shows that the Indian  Ocean  region is a major priority for India  This stands in contrast to the 1980’s when India-Sri Lanka  relations had deteriorated considerably owing to the rise of civil war in Sri Lanka. That period had also allowed China to enhance its economic cooperation with Sri Lanka. Hence, at the present, India is planning various development projects in cooperation with Sri Lanka to counter China’s economic dominance. One such project includes building the Tricomalee port which can be seen as a counterweight to the China funded Hambantota port.

The Indian Ocean is about to become the epicenter of the tri-polar competition between China, India and the US and can become one of the most intense points of conflict in the near future. All three states have their own interests and priorities in the Indian Ocean region. Sri Lanka hence being located along the east west corridor is the key for them to achieve regional dominance. Hence, whether Sri Lanka would remain neutral or align with any of the three regional powers will have strong geopolitical implications. It is likely to play a major role in determining who will come out victorious in this great game.