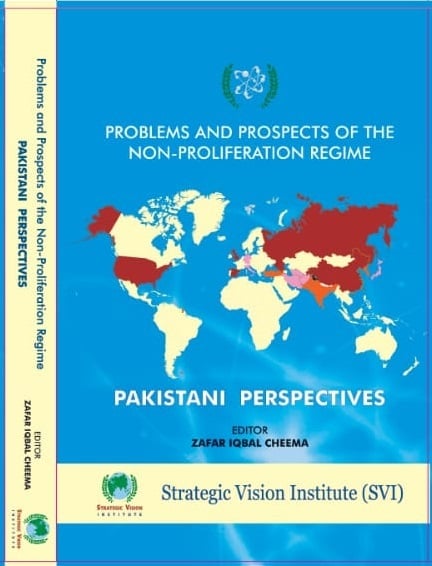 Since independence, Pakistan has played a very active role in the issues of arms control, disarmament, and nonproliferation within and outside various governmental and non-governmental institutions and international forums. It was an active member of the ENCD (Eighteen Nation Committee on Disarmament), which negotiated the NPT (Non-Proliferation Treaty) and CD (Conference on Disarmament). Pakistan nonetheless remains a non-signatory to the NPT and CTBT (Comprehensive Test Ban Treaty) due to India’s non-membership of such treaties. Pakistan did not oppose the conclusion of these treaties, whereas India opposed the very principles on which such treaties were based. Despite that, India was granted exemption from the guidelines of the NSG (Nuclear Suppliers Group), the very Group that was created due to the Indian nuclear explosion of May 1974, dubbed as a PNE (Peaceful Nuclear Explosion). One of the reasons why Pakistan is ill treated today is because its narrative on arms control, disarmament, and nonproliferation is not robustly developed due to less intellectual and academic contributions by scholars, subject professionals, and academia. This edited volume titled “Problems and Prospects of the Non-Proliferation Regime: Pakistani Perspectives,” intends to fill the perceived gap, by providing diverse perspectives which explain that, NPR (Nuclear Non-Proliferation Regime), in its existing condition, is failing to fully achieve the desired goals of non-proliferation of nuclear weapons because of loopholes within its various elements. Important non-proliferation treaties such as the NPT, which has the largest membership, the CTBT and many other non-proliferation processes, including the NPT RevCon, Nuclear Security Summit (NSS) and FMCT, (Fissile Material Cut-off Treaty), have not completely achieved their aims primarily because many of them remain discriminatory, legally non-binding, internationally unverifiable, and largely unenforced. Except some well-researched short scholarly articles presenting Pakistan’s perspective on NPR, there has been little significant, sufficient, and coherent literature on the subject. This has weakened Pakistan’s intellectual response at the international level while undermining the country’s national interests. This book is an attempt to offer comprehensive Pakistani perspectives on NPR through well researched and analytically-sound chapters contributed by national scholars and experts. The book has been divided into 14 detailed chapters that explain Pakistani perspectives on NPT, NPT RevCon, NSG, nuclear safety and security, nuclear terrorism, peaceful uses of nuclear energy, Nuclear Security Summits, CTBT, TPNW(Treaty on the Prohibition of Nuclear Weapons), and also FMCT. By offering objective and in-depth research, this edited volume attempts to mitigate negative international propaganda on Pakistan’s commitment to nuclear safety, security, and non-proliferation. The world map at the cover page of the book depicts P-5 countries in red color, T-4 in orange and prospective proliferant countries in pink color, not withstanding whether they are members of the NPT or not.