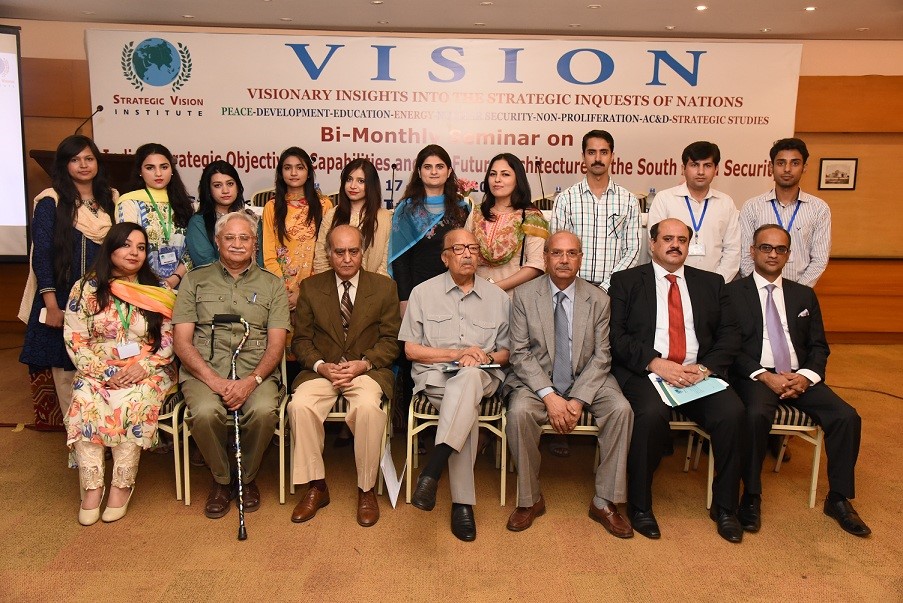 ISLAMABAD: Experts have said that India’s hegemonic aspirations are preventing the normalization of its relationship with Pakistan, in addition to threatening regional strategic stability.

Speakers at a seminar organised by the Strategic Vision Institute (SVI) on ‘India’s Strategic Objectives, Capabilities and the Future Architecture of South Asian Security’ said India and Pakistan’s divergent regional interests were preventing the resolution of longstanding disputes and the integration of the region.

Dr Cheema cited Indo-Pak armed conflicts and India’s treatment of other smaller neighbours as examples of India’s pursuit of regional power and aggrandisement.

India’s “rapid and multilayered power pursuit”, Dr Cheema said, was for its recognition as a global great power and to prevent a challenge from China and Pakistan to the achievement of this goal. He added that in comparison, Pakistan’s strategy was to ensure survival and military equilibrium.

Syed Mohammad Ali, a senior fellow at the Centre for International Strategic Studies, said Pakistan’s quest to maintain the regional balance of power would continue to contest India’s hegemonic designs. He said Pakistan was facing challenges from India in political, economic, diplomatic, military and cultural domains, and the dynamics of their rivalry were transforming rapidly.

However, Mr Ali also argued that the region’s security architecture was unlikely to change, despite new stresses.

Quaid-i-Azam University School of Politics and International Relations associate professor Dr Zafar Nawaz Jaspal feared that the region’s “security dilemma” would amplify and an arms race was inevitable. He said India’s pampering by the West had added complexity to the Indian leadership’s strategic thinking, adding: “The biggest casualty is strategic stability.”

He said Pakistan has failed to maintain a trustworthy relationship with the United States, and argued that the US’ choice of India as its strategic partner while Pakistan slips deeper into China’s embrace was a major reason behind mistrust between the US and Pakistan. He advised the government to maintain a balance in its relations with major power centres.

At the end of the seminar, the SVI asked the government to be clear-sighted and nimble footed in its dealings with India, and called for new ways to support the indigenous Kashmiri movement for freedom from Indian occupation.