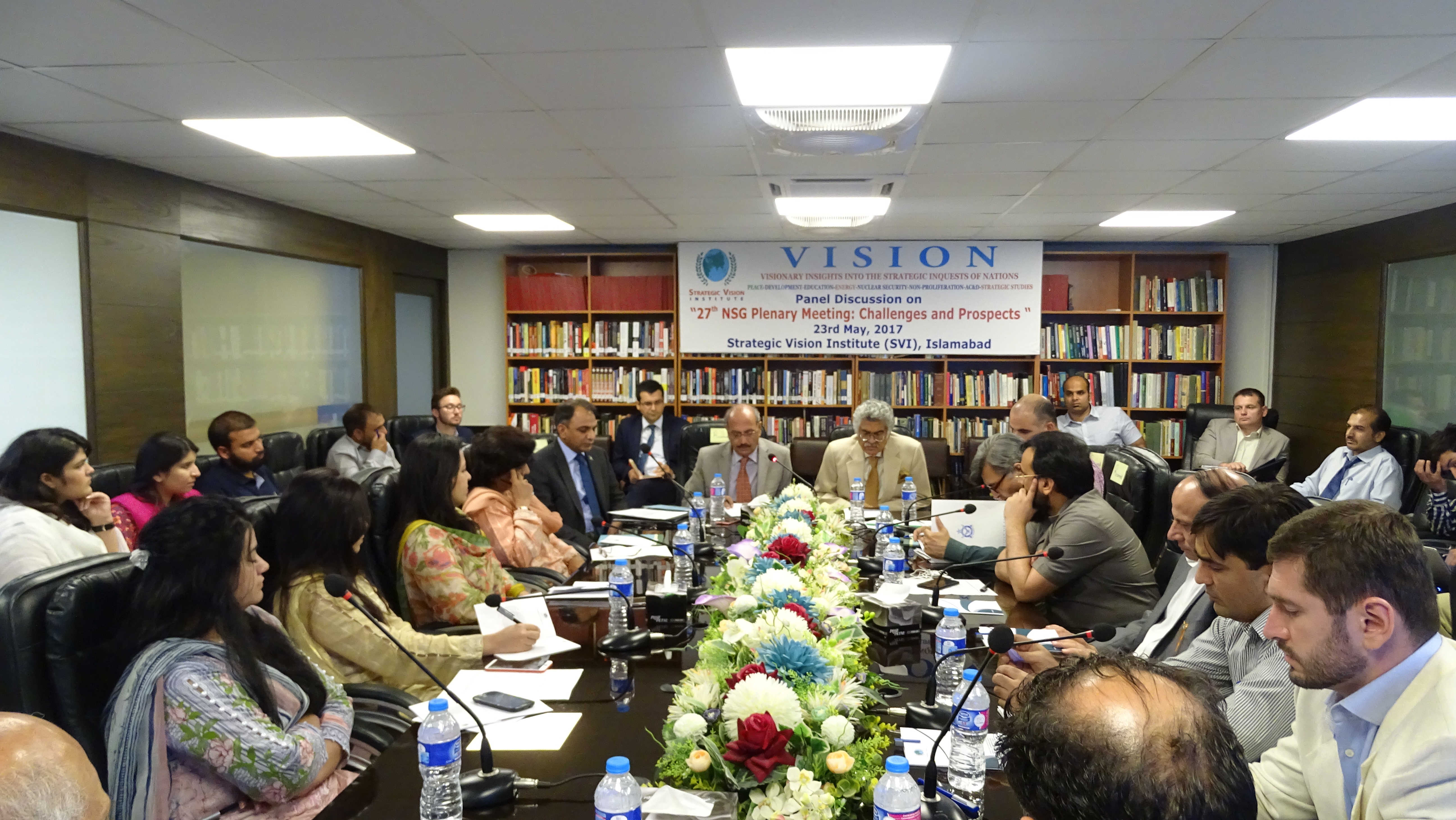 SLAMABAD: Foreign policy and diplomacy experts believe that the stalemate between Pakistan and India over securing entry to the exclusive Nuclear Suppliers Group (NSG) is likely to continue at an upcoming meeting of the 48-member nuclear club.

“Given the diverse issues, [a] stalemate on applications of India and Pakistan is likely to continue for the foreseeable future,” remarked Pakistan’s former Permanent Representative to the United Nations in Geneva and at the Conference on Disarmament Ambassador (retired) Zamir Akram on Wednesday.  He was speaking at a roundtable on the ‘NSG Plenary Meeting: Challenges and Prospects’ at the Strategic Vision Institute (SVI).

NSG draft rule may allow India in, leave Pakistan out

“I do not see any change in the positions taken by US and China on the issue and as long as that is the case, there is no chance of a consensus emerging on the issue,” he added of the meeting being hosted by Switzerland in mid-June.

Ambassador Akram was of the view that neither Pakistan nor India have signed the Non-Proliferation Treaty, which constitutes an important consideration for membership to the NSG. At the plenary in Seoul last year, the 48-member group had failed to evolve a consensus on admitting non-NPT signatory states into the NSG owing to sharp divisions among the members over the criteria for accepting such countries in its folds.

The Seoul Plenary had decided to continue discussions on “Technical, Legal and Political Aspects of the Participation of non-NPT States in the NSG”.

In this regard, the NSG had later appointed Ambassador Rafael Mariano Grossi from Argentina as a facilitator for discussions among NSG members.

Grossi had subsequently presented certain proposals – known as the ‘Grossi Formula’. However, several NSG member countries rejected the formula with Pakistan among those expressing its reservations over it since it would affect its membership application.

Ambassador Akram explained that the procedure through which the Grossi formula was prepared and its substance was problematic.

“A number of countries objected to the very blatant and very obvious slant in Grossi’s proposals, which were designed to favour India and go against Pakistan,” he said.

The Grossi formula, he said, now stood dead “for procedural and substantive reasons”.

The former envoy said that as many as 25 countries, apart from China, were defying US pressure and insisting on a two-step approach for admission of non-NPT states and development of an objective and equitable criteria which would be applicable to all future applicants.