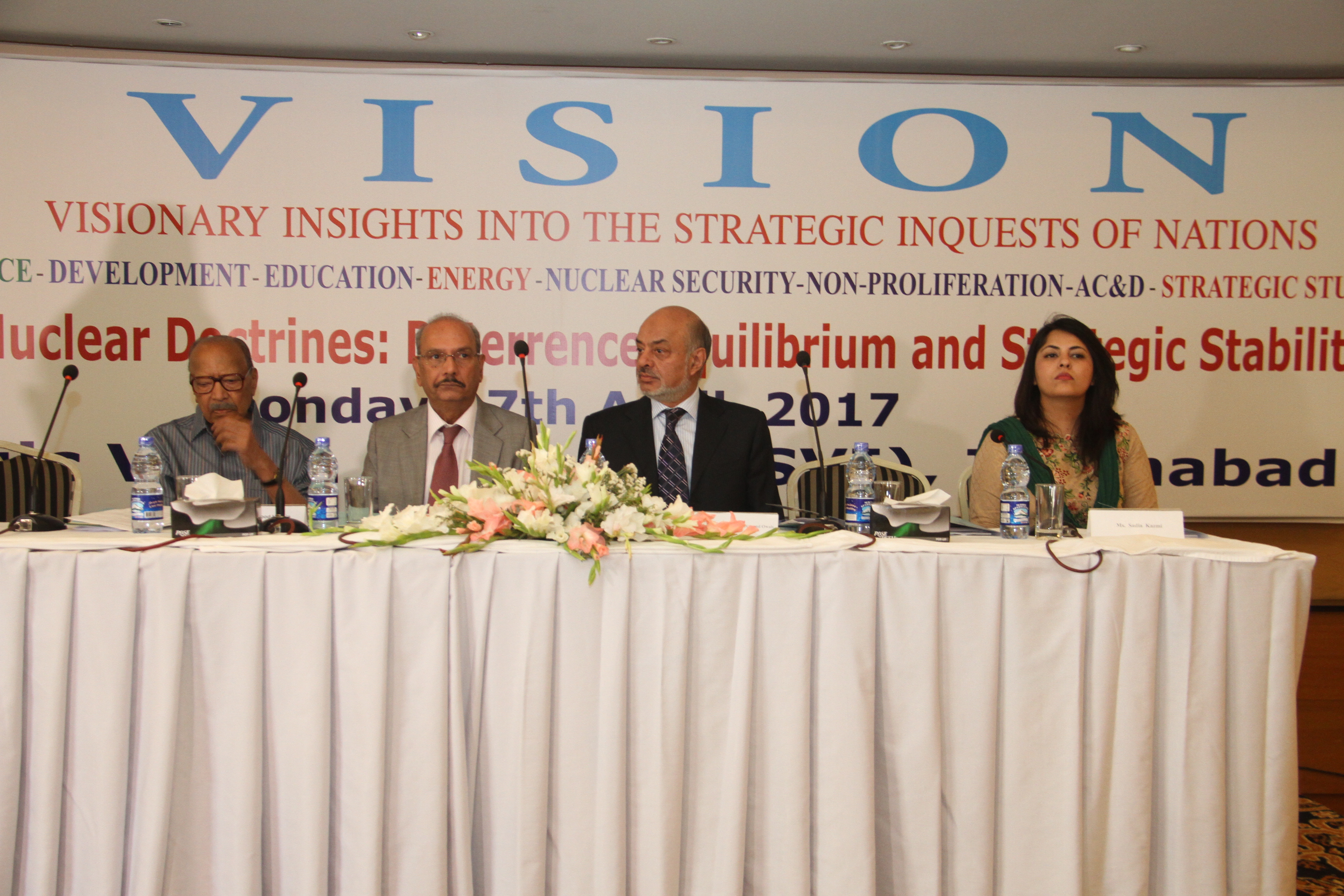 ISLAMABAD: Pakistan does not want to match the Indian nuclear arsenal, but will do all it can to keep its deterrence credible, says a nuclear expert.

“We are not talking of parity, we are looking for proportionality, we are looking for survivable second strike capability,” Pakistan’s former ambassador to the United Nations in Geneva Zamir Akram said while speaking at a seminar organised by the Strategic Vision Institute (SVI) on ‘South Asian Nuclear Doctrines: Deterrence Equilibrium and Strategic Stability’.

“True workable and credible deterrence comes only with second strike capability, which is being developed,” he said and noted that the most important requirement was to ensure that no gap in deterrence existed for which Full Spectrum Deterrence doctrine was being pursued.

Mr Akram expressed fears that India could be developing capacity to carry out a disarming strike against Pakistan. Referring to a statement by MIT scholar Vipin Narang and assertions by other Indian officials, he said: “Increasingly what we are hearing … [that India is aiming] to build capacity, the capability to carry out a disarming first strike against Pakistan for completely destroying and demolishing our nuclear assets.”

He contended that the disclosures never came as a surprise for Pakistani strategists who had already done their planning on the assumption that Indians could try to do that. “We could not have based our deterrence capabilities and defence capacity on a mere verbal commitment given by India.”

The former envoy noted that threats were growing in the region due to large-scale acquisition of military hardware by India, its public rejection of the policy of no-first use of nuclear weapons, determination to carry out disarming strikes against Pakistan, and its espousal of dangerous and destabilising doctrines like the Cold Start Doctrine.

In his presentation, Dr Zafar Nawaz Jaspal, who teaches at the Quaid-i-Azam University, noted that both Pakistan and India lacked the “proficiency in decapitation capability”. He said he was cautiously optimistic about deterrence stability continuing because both countries were aware of the colossal cost of its failure. However, warmongering by Indian Prime Minister Narendra Modi, arms race and non-state actors were constraining the deterrence stability, he added.

SVI President Dr Zafar Iqbal Cheema was hopeful that India would stay away from carrying out disarming strikes against Pakistan. “A successful disarming, decapitating or pre-emptive strike against adversary possessing credible nuclear weapons capability is considered an impossibility as a rational decision,” he maintained, hoping that India would act as “a rational actor and would not undertake this dangerous exercise of launching a pre-emptive strike”.

He said there was no precedent of even a failed pre-emptive strike against a nuclear state and even in South Asia the concept had long been laid to rest. India, he recalled, had in the 1980s considered conventional military doctrine of pre-emption against Pakistan’s nuclear infrastructure, but had to abandon its plans.