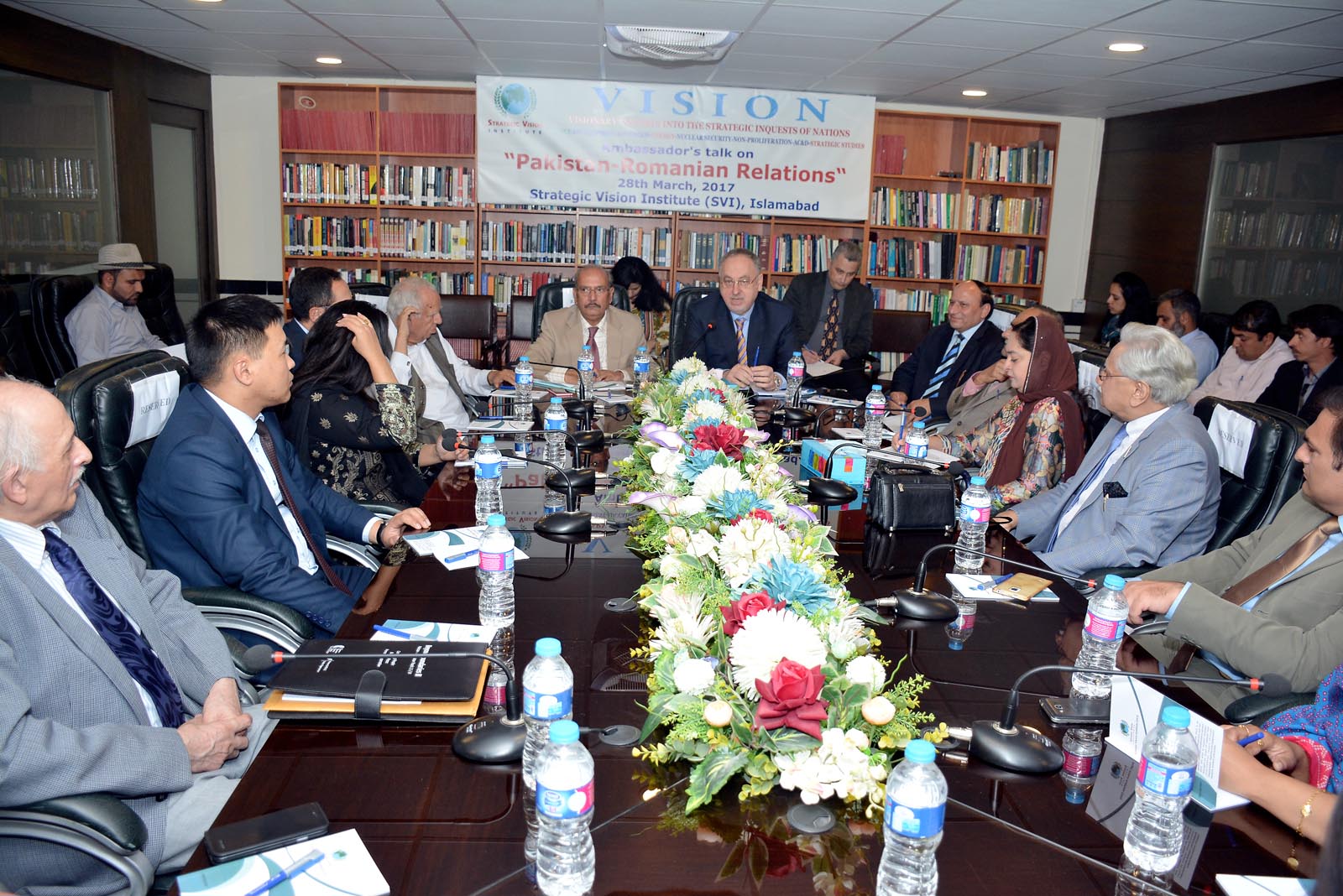 As Pakistan works on the multibillion-dollar China-Pakistan Economic Corridor (CPEC), Romania has expressed interest in becoming a part of the game-changing project.

“We are trying to understand how Romania can be part of it,” said Romania’s Ambassador to Pakistan Nicolae Goia while delivering a lecture at the Strategic Vision Institute (SVI) – an Islamabad-based think tank – on Tuesday.

Pakistan will be paying China $90b against CPEC-related projects

Goia said that Romania was among the fastest growing economies in the European Union for two consecutive years and is the seventh largest market in EU.

Pointing towards bilateral relations between Pakistan and Romania, he said that they have longstanding cooperation in political, economic, cultural and scientific fields with bilateral trade valued at around $100 million per year

Recalling Prime Minister Nawaz Sharif’s stopover in Bucharest last December, the envoy noted a mutual desire to deepen relations between the two countries which were based on “mutual trust”.

He added the two countries had an “extremely dynamic political dialogue”, which was “result-oriented” and grounded in “pragmatism”.

The ambassador added that promoting trade and economic relations, and defence ties, were high on his agenda.

Goia disclosed that Pakistan and Romania were negotiating an agreement on defence industries. Once finalised, he believed that the agreement would serve as a framework for cooperation in the defence sector.

He said Pakistan was a victim of “deficit of understanding” and misperceptions.

“Contrary to common perception, Pakistan’s environment is extremely friendly and the people are competent and amicable. Pakistan is also a responsible member of the international community,” the envoy said.