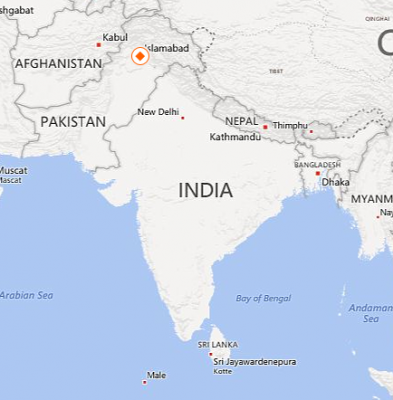 Strategic Vision Institute organized an In-House Seminar on “Perspectives on Contemporary Regional Security Dynamics in Nuclearized South Asia”, held on May 7, 2014. German Scholar, Dr. Oliver Meier, graced the seminar with his presence as Guest Speaker while Dr. Zulfiqar Khan and Kamran Shafi joined as Discussants. Dr. Zafar Iqbal Cheema chaired the session and welcomed the audience in the Seminar.

Dr. Zafar Iqbal Cheema described the agenda of the discussion. He initiated the discussion by articulating that as a result of 2013 elections, held in Pakistan PPP has been replaced by Muslim League. The previous government (PPP) was the first government of Pakistan who has completed its 5 year tenure).

The democratic transformation has started working here in Pakistan. Now, the electoral process is started in Afghanistan and India, Pakistan has its concerns about security. Dr. Cheema noted the recent statement of L.K. Advani, the prominent Indian leader, “there is new power reality in the region and Pakistan should forget Kashmir”, as offensive and provoking. Dr. Cheema said that such kind of statements can adversely affect the India-Pakistan relations.

Talking about the Indo-US civil nuclear deal Dr. Cheema said that the five NWSs had agreed to not transfer “nuclear weapons or other nuclear explosive devices” and “not in any way to assist, encourage, or induce” a Non-Nuclear Weapon State (NNWS) to acquire nuclear weapons under Article-I of the NPT. India is a Non-NWS state, so trading sensitive material to India is a violation of NPT. Dr. Cheema questioned the legitimacy of special exemptions for India under the nuclear deal. Moreover, German Scholar, 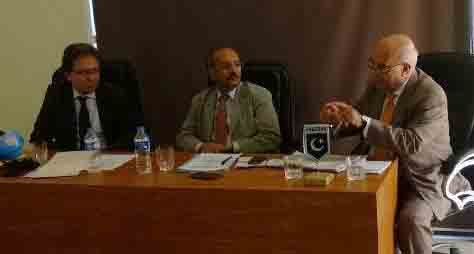 Dr. Oliver Meier shed light upon the situation of Ukrainian-Russian Crisis. He was of the view that the situation can affect the strategic stability of the other neighboring countries as well. While discussing the Ukraine crisis, he said that Russian actions constituted the violation of the security assurances under Budapest Memorandum that could have implications on other regions. The US, Russian Federation, and the UK went through the 1994 Budapest Memorandum and affirmed their commitment to Ukraine to respect the independence, sovereignty, and existing borders of Ukraine in return for its decision to accede to the treaty on the non-proliferation of nuclear weapons (NPT) as a non-nuclear-weapon state.

Dr. Meier said that the Ukraine crisis could affect the push for removal of the remaining tactical weapons from the Europe and could also force changes in missile defense system originally planned for threats from Iran and Syria. The speakers felt that developments in Ukraine that had given up its nuclear weapons could cause sense of insecurity among the other non-nuclear weapon states. 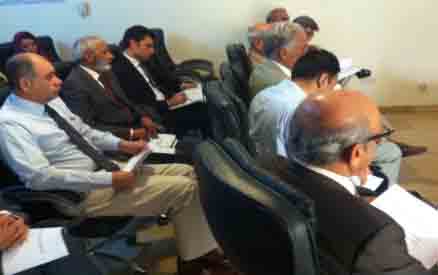 At the end, Dr. Zafar Iqbal Cheema profoundly thanked the entire august audience present in the house and said that their presence is valuable for the events organized by SVI. He paid special thanks to the Guest Speaker and Discussants for their precious inputs that enlightened the audience. He extended his gratitude towards the research and secretarial staff of the SVI for their hard work and dedication towards the SVI.