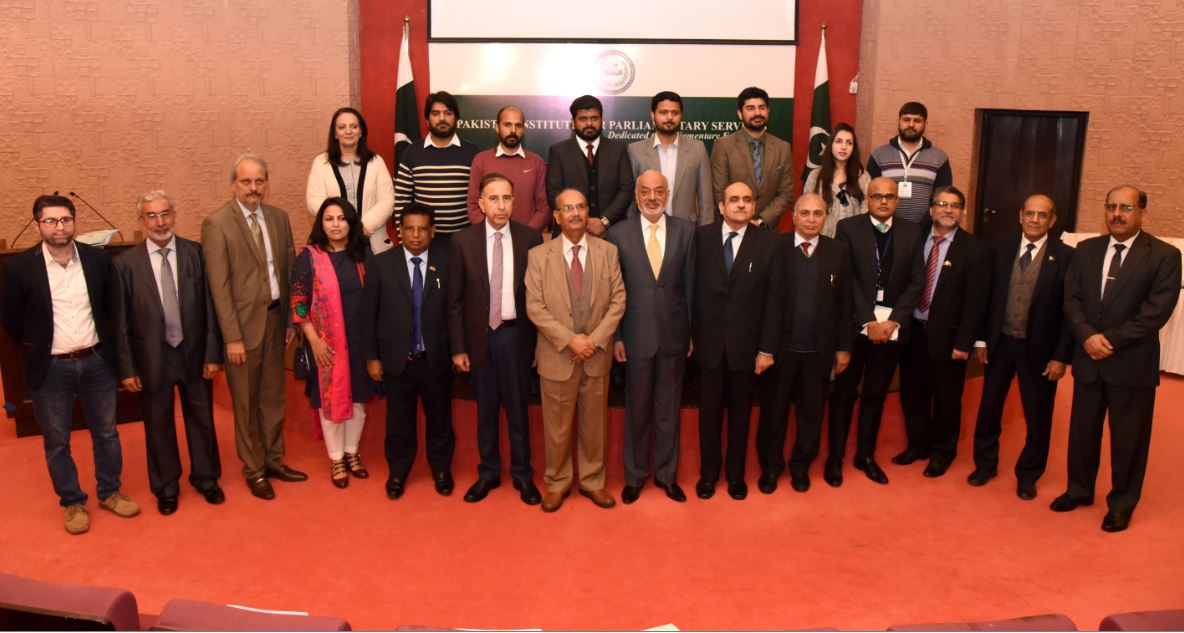 Time to shift nuclear narrative from deterrence to peaceful uses: official
ISLAMABAD, December 5, 2019: Director General Arms Control and Disarmament at the Foreign Office Mr Kamran Akhtar on Thursday emphasized on changing the narrative about Pakistan’s nuclear program from that of deterrence to one for peaceful uses.
He was speaking at a daylong conference on ‘Peaceful Uses of Nuclear Technology – Pakistan’s Achievements’, which had been organized by Strategic Vision Institute (SVI) – an Islamabad based think tank specializing in strategic stability issues’. The seminar had been held to showcase the progress made by Pakistan towards using nuclear technology for civilian purposes and analyzing the current status of the program with a view to charting future course of action.
The seminar was attended by diplomats, think thank representatives, members of academia, retired and serving government officers and media.
Mr Akhtar said that the civilian program constituted a major part of the nuclear program and as such needed to be highlighted. Whether it’s in energy, medicine, or agriculture sectors, or for dealing with climate change, the civilian program, he said, is contributing to the welfare of people and towards the attainment of sustainable development goals.
The senior foreign ministry official, while talking about commerce side of the civilian program, said that Pakistan should enhance its supply capacity and indigenize and commercialize technology.
Former Permanent Representative to UN in Geneva Amb Zamir Akram touched upon the limitations facing the civilian nuclear program particularly paucity of funds and the discrimination against Pakistan by the Western powers in allowing access to nuclear technology. He said that the way forward was in developing self-sufficiency and expanding cooperation with China.
“We need not compromise on our nuclear program whether it is civilian or the weapons program to get a certificate that we are a responsible nuclear state,” Mr Akram emphasized.
Former Secretary Defense Production Lt Gen (R) Syed Muhammad Owais, who was the chief guest at the inaugural session, while praising the progress made by the country towards using nuclear technology for peaceful purposes said it was a matter of national pride, which also testified to the country’s “unhindered focus, commitment and tenacity in achieving self-sufficiency”. He also recalled the challenges Pakistan faced in this journey. He reminded that despite having a strong case for membership of Nuclear Suppliers Group certain vested interests on the geo-political scene were blocking it. He said Foreign Office should continue with its efforts for securing entry in NSG.
President SVI Dr Zafar Iqbal Cheema, in his opening remarks, said Pakistan has been an active player in the global nuclear order promoting non-proliferation, arms control and disarmament.
Dr Cheema observed that Pakistan’s elaborate program for harnessing peaceful uses of nuclear energy includes power plants, research reactors, agriculture and biotechnology research centers, medical centers, and industrial applications. He said that a strong civil program was essential for advancing economic development plans. He also mentioned Pakistan’s strong credentials with respect to IAEA safeguards implementation at its facilities, the presence of a robust regulatory mechanism and a commitment to pursuing and expanding its civilian program.
Director General Strategic Export Control Division (SECDIV) at FO Dr Zafar Ali gave an overview of Pakistan’s Strategic Export Control regime. He said Pakistan has the competence and wherewithal of supplying dual use material. He said there is at the same time enough emphasis on the responsibility aspect and everything going out or coming into the country was being regulated as per best international practices.
Senior Fellow at Center for International Strategic Studies Dr Syed Javaid Khurshid in his remarks said that Pakistan can by “mastering and utilizing” peaceful nuclear techniques achieve 9 out of 17 Sustainable Development Goals (SDGs).
Underscoring Pakistan’s experience in running nuclear power plants, Dr Khurshid said that Pakistan had 70 reactor years of safe operations experience to its credit. He further noted that there were five operating plants, three under construction, and another five are planned. Additionally, he said, Pakistan has a well established fuel cycle infrastructure, trained and experienced manpower for maintaining and operating the plants and an independent regulatory body.
########