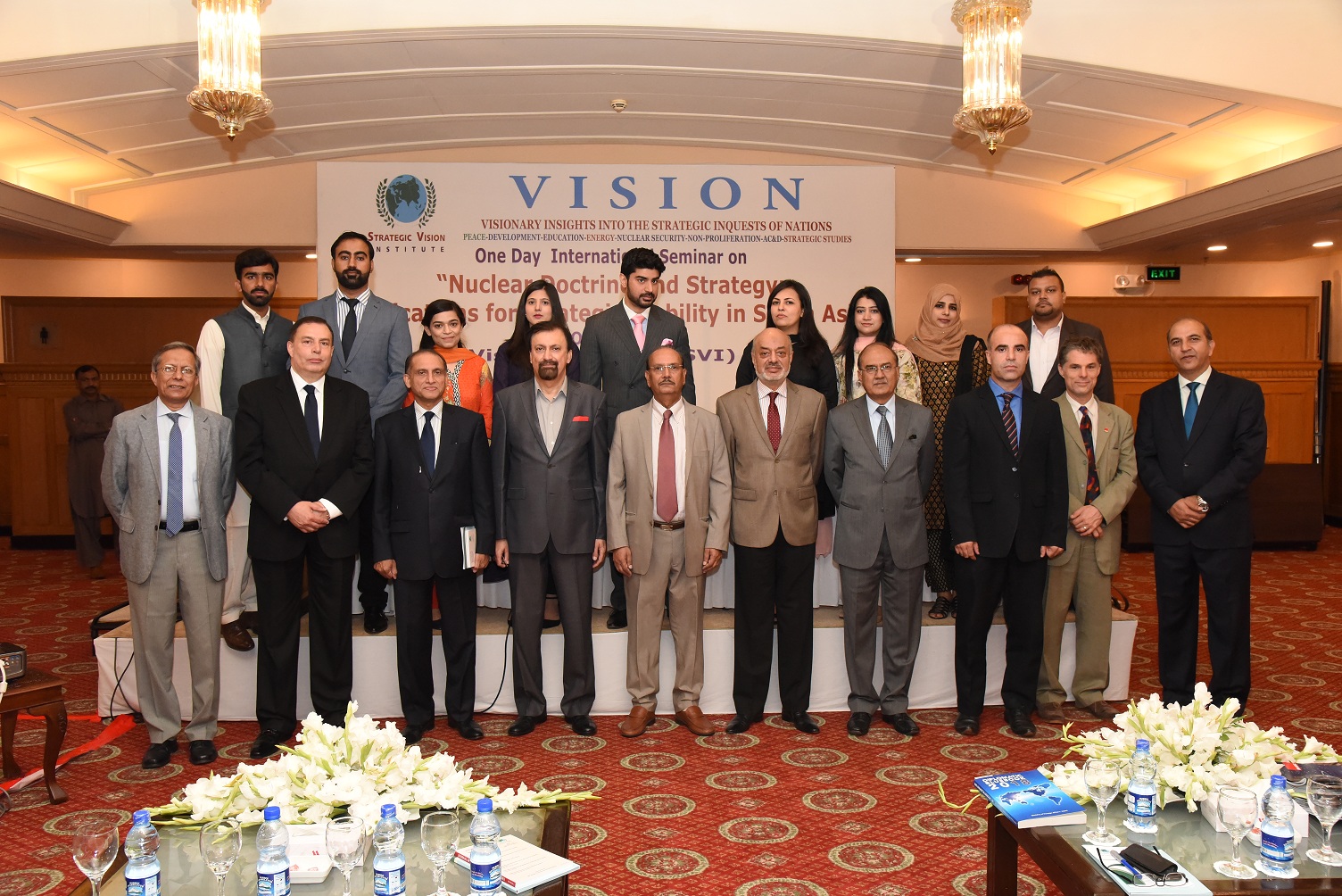 SVI believes that continued hostility between Pakistan and India, strategic competition, arms race, India’s shifting nuclear strategy and doctrine and growing Indo-United States strategic cooperation were keeping the strategic stability under stress. The think tank noted that Pakistan is, under these circumstances, compelled to take measures for ensuring deterrence equilibrium and strategic stability.

SVI President Dr Zafar Iqbal Cheema in his concluding remarks said that a strong economy was needed for maintenance of stable deterrence. Without a sound economy, he feared Pakistan would be at a disadvantage in keeping stable deterrence with India. He observed that India was constantly trying to achieve escalation-dominance.

National Defense University Strategic Studies Department Assistant Professor Dr Zafar Khan underlined the importance of deterrence stability between nuclear weapon states and said that a strategic restraint regime was in the interest of both sides.

He said Pakistan will continue to face challenges and pressure from what India does. The theory of nuclear revolution, he maintained, predicts that faced with security dilemma, “Pakistan will consistently produce effective countermeasures and plug deterrence gaps where absolutely necessary in order to create mutual vulnerabilities.”

British American Security Information Council Executive Director Paul Ingram, stressed upon the responsibilities of nuclear weapon states which include working for risk reduction, declaratory policy and assurances and developing wider nuclear posture with a view to reducing salience of nuclear weapons and strengthening strategic stability, engagement with the public, and commitment to nuclear diplomacy and disarmament.

International Atomic Energy Agency former official Dr Tariq Rauf said that while there is acceptance of India as a nuclear weapon state in the world, there was at the same time reluctance to give same status to Pakistan. He opined that, “Pakistan is tolerated, but not accepted. That is why there is discriminatory treatment of Pakistan.”

Speaking on the issue of India not talking to Pakistan, he believed that instead of knocking at the door and asking for dialogue, incentives should be created for India to change its attitude. India, he said, currently has no incentive for engaging with Pakistan.