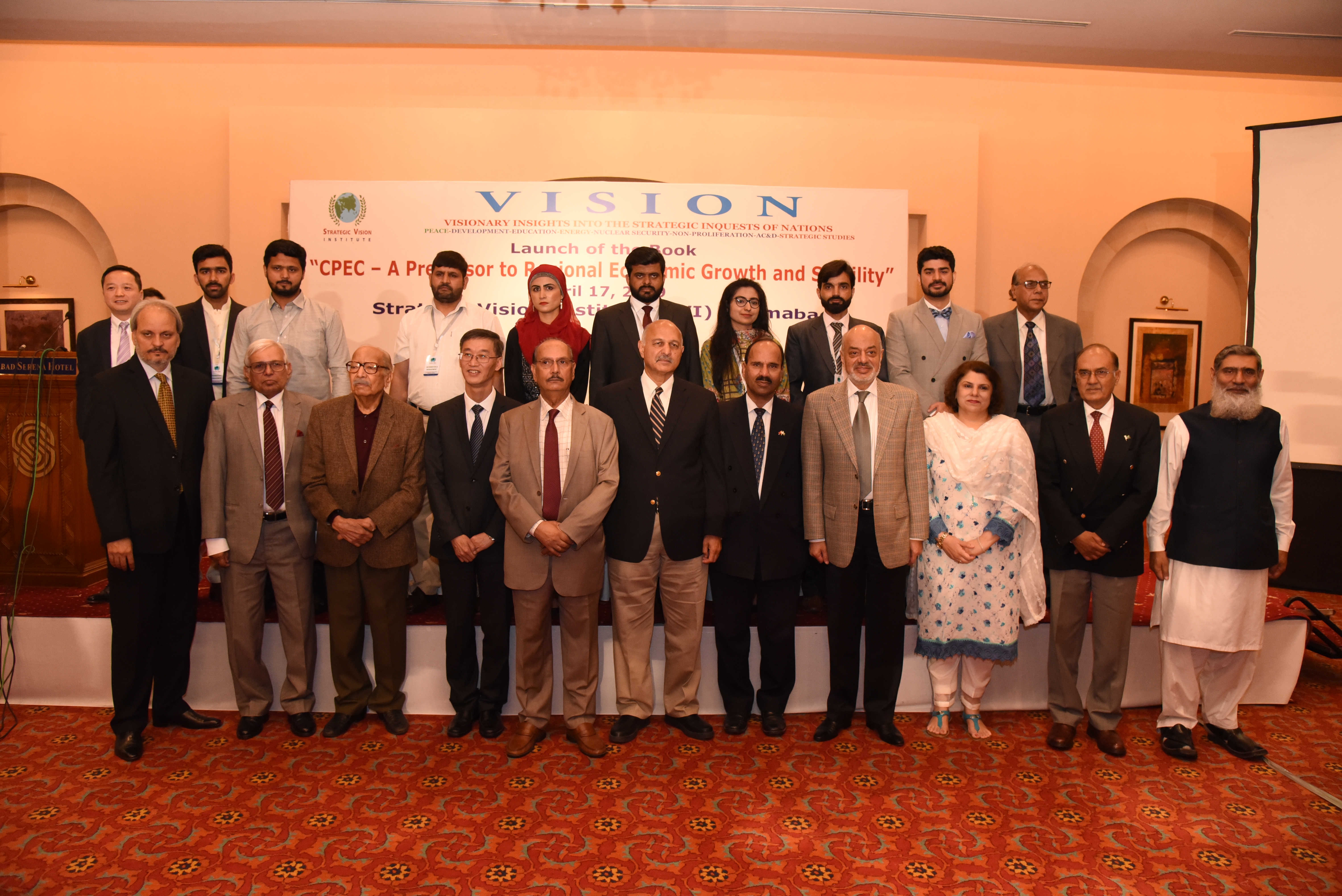 ISLAMABAD, April 17, 2019: Chinese envoy Yao Jing on Wednesday said that Pakistan and China are entering the ‘new stage of China-Pakistan Economic Corridor (CPEC)’ under which the areas of cooperation would be expanded.

Leadership level discussion on the next phase of CPEC, the ambassador said would take place on the margins of Prime Minister Imran Khan’s visit to China next week for attending the Belt and Road Initiative (BRI) Forum. “Our leaders are jointly working with him (PM Khan) to elaborate the new stage,” he said while speaking at the launch of a book “CPEC – A Precursor to Regional Economic Growth and Stability’ published by Strategic Vision Institute (SVI).

The edited book contains chapters written by both Pakistani and Chinese scholars. The book seeks to highlight the opportunities and potential of the economic corridor, address misperceptions, and bring back the focus of the discourse from its (CPEC’s) geo-strategic and political implications to economic and development aspects. The over 300 page book, containing 12 chapters, has been edited by SVI President Dr Zafar Iqbal Cheema.

The new phase is based on stronger private sector involvement including the activation of Special Economic Zones, social sector cooperation, and the involvement of third country partners.

An agreement on social sector cooperation would be signed during PM Khan’s upcoming visit to China, the envoy said. The social sector cooperation would cover six areas including education, health, agriculture, water and irrigation, poverty alleviation, and human resource development. Twenty seven projects are being initiated with $1 billion Chinese government grant, he said.

Mr Jing said that both countries had agreed to involve third party countries. “All countries are welcome to join the development of Pakistan’s economy,” he said.

Chairman Senate Standing Committee on Foreign Affairs Senator Mushahid Hussain Syed, speaking on this occasion, said CPEC was a strategic national project, which was above party affiliations and provincial considerations. He said that the corridor was contributing to the strengthening of the federation by developing infrastructure and bringing progress and prosperity to the country.

He said “the best of CPEC” was yet to come, although the project has already made significant contributions in terms of addressing energy crisis, operationalizing of Gawadar port and activation of Thar Coal project.

Senator Mushahid said that Pakistan would become hub of emerging ‘greater South Asia’, which he believes would not just include the SAARC countries, but also China, Iran, and the Gulf region. He rejected the threats of containing China saying it was an outdated cold-war mindset, which was irrelevant to the 21st century Asia.

Former Defense Minister Lt Gen (R) Khalid Naeem Lodhi, who has co-authored a chapter in the book, said: “the entire framework of relationships between states, government and the people, and people to people may undergo a tactonic shift if the concept of shared prosperity is honestly embraced and common threats to humanity like climate change, environmental deterioration, disease and illiteracy are fought collectively.”

SVI President Dr Zafar Iqbal Cheema said that CPEC not only merits a more informed narrative, but based on the current government’s re-prioritization of the goals of the project, there is a need for re-setting of the discourse on CPEC.