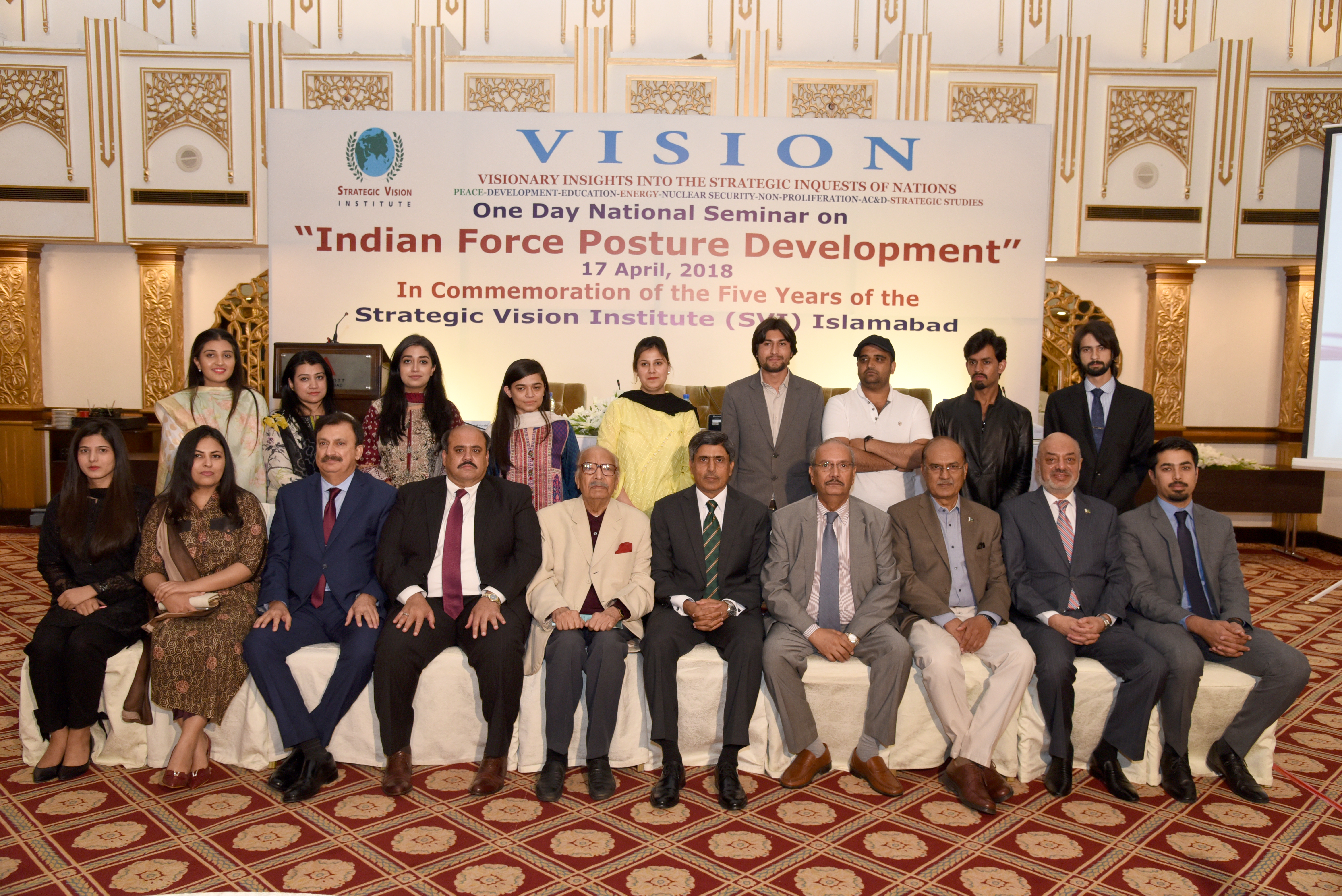 Gen Jamil was speaking at a seminar on ‘Indian Force Posture Development’ organized by Strategic Vision Institute (SVI), an Islamabad based think tank on Tuesday. The seminar coincided with the fifth anniversary of the founding of the think tank.

The seminar aimed at providing strategic insight into the emerging trends in Indian force posture, shift in India’s nuclear doctrine and its growing nuclear and missile capabilities. SVI believes that changes in Indian force posture will affect Pakistan, whose threat perception is already India centric. Moreover, the think tank considers that change in Indian nuclear doctrine is alarming as it seeks strategic dominance.

India is pursuing long-term conventional and strategic nuclear force modernization including the introduction of high-end technologies and advanced systems. India’s conventional force posture has also undergone a significant change moving from Sundarji Doctrine to the dangerous Cold Start Doctrine (CSD), which is a pro-active and aggressive strategy aiming to engage Pakistan in a limited war under nuclear overhang.

“The Indian strategic thought has, for centuries, been focused on an expansionist agenda which to this day is the muse for its power maximization, including the force posture developments. Our neighbor fancies itself as a regional hegemon, with designs of grandeur,” Gen Jamil said.

“This notion has become so ingrained in their revisionist thinking that all their developments – be these conventional or nuclear – are geared towards changing the status quo and find space for war,” he said adding India was developing destabilizing doctrines and technologies that make war more imminent..

Comparing the Indian strategic thinking with that of Pakistan, the former SPD chief said Pakistan’s strategic culture, in contrast, “has always been characterized by restrained responses, pursuit of conflict resolution and closing the space for war”. He said Pakistan’s force posture development was in response to the destabilizing developments in the neighbourhood. But, he at the same time underscored that Pakistan would not enter an arms race.

Strategic restraint, he maintained, was more stabilizing than strategic competition. He was of the view that peace and stability in the region was possible if India agrees to mutual restraint and conflict resolution.

He urged India to shun belligerence and war-mongering and resolve disputes peacefully. “I am sure that Pakistan will meet India halfway in peace efforts,” he added.

The main instruments of India’s force posture are deterrence, coercion and coercive diplomacy, he said. The Joint Indian Armed forces Doctrine contemplates the use of military force aimed at destruction, disruption and constraining its adversaries in South Asia, with specific concentration on Pakistan, he added.