From Scapegoat Back to Key Ally: Pakistan and the Perils of US Maximalism 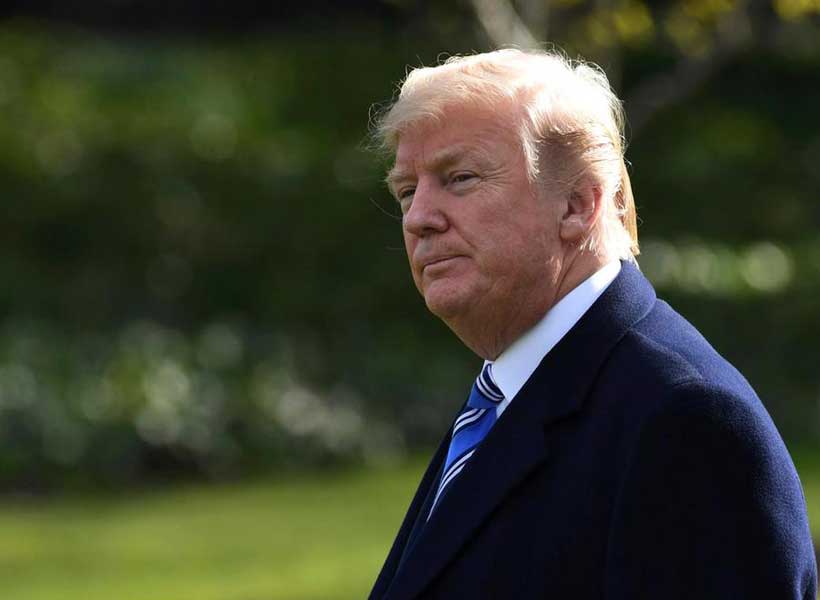 In the two years since President Trump accused Pakistan of giving nothing but deceit and lies, relations between both countries seem to have undergone a dramatic turnaround. This is evident not only in the official narrative being put forth by both countries with respect to one another, but also in how this growing sense of cordiality has culminated into a series of high-level visits and meetings between key representatives. For instance, the icy indifference with which US Secretary of State Mike Pompeo was greeted with in Islamabad back in September 2018 now stands in stark contrast to the frank more amicable meetings that have been held between Prime Minister Khan and President Trump thrice since then. Not to mention the back to back visits from Alice Wells, the current US government’s focal representative for South Asia, that have further accompanied a steady yet gradual thawing of tensions.

Signs of this turnaround are further evident in how last month’s resumption of military education and training programs for Pakistani Officers marks one of the first steps towards renewed strategic cooperation. This represents an important milestone since President Trump had announced the cancellation of all forms of US military aid to Pakistan in early 2018. Similarly, acknowledgments of the progress made as per the requirements of the FATF review, as well as the ‘concern’ expressed over India’s recent actions in Kashmir are all signs aimed at placating some of Pakistan’s most pressing interests. Thus, hinting at what more cordial relations with the US could look like for Pakistan, while just stopping short of making any concrete commitments.

Yet, to say that Pak-US ties have begun to ‘normalize’ or ‘revert’ towards a mutually beneficial status quo would be ignoring the age-old complexity that has characterized relations between both countries. Especially for a relationship that has been long described as blowing hot and cold, on and off, as a rollercoaster ride, or simply a love-hate one. History has borne witness to the fact that US foreign policy towards Pakistan has more than often been based on a ruthless pragmatism and maximalism. This all or nothing approach has brought immense amounts of aid and funds for Pakistan which have been always cut off just as abruptly as they were initiated. Often without any long-term assessment or appreciation of what such actions are likely to lead to beyond the US’s more immediate goals.

None of this has been more evident than in US expectations from Pakistan regarding Afghanistan and the Taliban. It’s no secret that the very inception of the Taliban came from US funds and training during the waning stages of the Cold War for which Pakistan played the role of an indispensable intermediary. Yet following the 9/11 attacks, US policy towards the Taliban changed overnight when the US in lumping the Taliban together with Al-Qaeda brought down its military might on the entire Afghan State. What’s more it forced Pakistan to join its War on Terror almost at gunpoint. The infamous statement attributed to then US deputy secretary of state Richard Armitage where he allegedly threated ‘to bomb Pakistan back to the stone age’ stands as a stark reminder of how even labeling this relationship as ‘complex’ is simply an understatement.

This aspect is further reinforced in the damning revelations of the Afghanistan Papers that were released just last month. Representing a cache of candid interviews of key officials responsible for formulating and implementing the US’s Afghanistan policy, these interviews have been used to piece together crucial mistakes at the strategic and policy levels made by successive US governments over the last two decades.  One of these mistakes has been highlighted as ‘trusting Pakistan as a friend’ where Pakistan has been repeatedly accused of providing sanctuary and support to certain militant groups. Hence, accusations of Pakistan playing a double game, as well as the confusing distinctions between good and bad Taliban all contributed to a narrative that Pakistan was doing more to upend US progress than support it. This had caused much of the resentment and mutual distrust specifically during the Obama years which starting from calls to ‘do more’ resulted in the US unilaterally and covertly taking out Osama Bin Laden deep inside Pakistani territory. As ties worsened, the advent of the Trump presidency brought with them an overt sense of finality in the form of his new year tweet that was referred to in the beginning of this article.

Yet, even now as both countries come full circle with the US asking for help in bringing the Taliban to the negotiating table, one fears that the US may still not have learnt anything from its adventurist debacles. As the Afghanistan Papers themselves testify, Pakistani officials have remained quite  candid in their desire to hedge their bets against the US by maintaining limited ties with the Taliban. This was made clear to Ambassador Ryan Crocker who had served as the US ambassador in Islamabad from 2004-2007. In one of his interviews in the Afghanistan Papers, the former ambassador directly quotes a conversation he had with Gen Ashfaq Kayani who was then the DG ISI.As Mr. Crocker himself recounts, the general had quite explicitly made clear his reservations against an abrupt US withdrawal that would force Pakistan to once again pick up the pieces while having made the Taliban a mortal enemy. Hence justifying the reasons behind Pakistan’s so-called duplicity.

But considering how it is in fact the US now that is pressing Pakistan to use those same ties to help extricate itself out of the Afghan quagmire, Pakistan’s strategy against the Taliban seems to have stood wholly vindicated. In fact, it appears downright visionary considering how in hindsight, Pakistan had repeatedly called on the US to consider negotiating with the Taliban – especially when the US had the upper hand following its initial successes back in the early 2000s.However,the US after squandering its own reputation and credibility and already having missed multiple chances to engage with the Taliban are now ironically banking on Pakistan to help secure an exit. A kind of exit that not only allows the US to perhaps save face at the international level, but also offer something palatable to the American people during an election year. Thus, once again reeking of the reactionary maximalism that has so often brought into question the US’s reliability and trustworthiness as an ally. Not to mention President Trump’s own ‘America First’ policy, which already risks squandering whatever little credibility the US has been left with in the first place.