Escalating to De-Escalate: From Balakot to Ain al-Asad 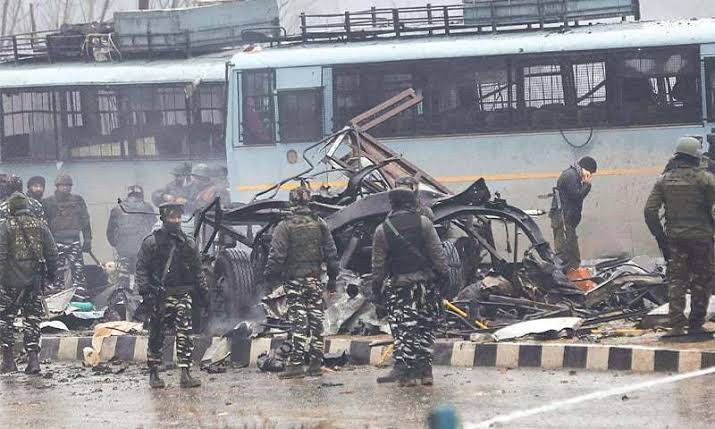 With tensions between the United States and Iran dramatically escalating just days into the new year, the risks of a new and even more damaging war erupting in the Middle East have once again reached worrying levels. This was sparked by the brazen US drone strike which targeted General Qassem Soliemani – the commanding General of Iran’s Elite Quds forces- just outside Baghdad airport earlier this month. As a result, US-Iran tensions had seemingly skyrocketed overnight in what senior Iranian officials termed as an act of war against their country by the US. These fears were further realized by the Iranian response, which comprised of a late-night fusillade of ballistic missiles launched at two US military bases in Iraq just three days later.

However, with no casualties reported as a result of the Iranian missile strikes and President Trump’s de-escalatory statement following the Iranian response, those same tensions seem to have subsided over the last two weeks at least for the time being. This de-escalation has largely been ascribed to the fact that Iran had deliberately chosen to avoid US casualties by choosing to balance an overt display of its intent and resolve, against its unwillingness to engage further in a protracted and costly conflict with the US.  The argument follows that, while on the one hand widespread public sentiment and anger in Iran had demanded a punitive response in the form of clear retaliation against the US, the proportionality of such a response had required careful calibration with regards to its potential for further escalation. Thus, representing one of the most recent examples of how the importance of optics and crafting a domestic narrative remain key within the battle for escalation dominance in this century’s limited wars.

This emphasis on optics and narrative was also evident last year in the South Asian context, where following the Pulwama incident, both India and Pakistan had engaged in a dangerous yet limited exchange to gain escalation dominance over one another. For instance, the Indian cross-border air strikes at Balakot had also been domestically framed as being a punitive response to an attack which – like the strike against General Suleimani – had resulted in an unacceptable loss of military personnel. Hence, the retaliatory airstrikes which targeted a suspected militant haven inside Pakistan were also accompanied by growing national outrage and calls for revenge from India that was further amplified by its domestic media.

However, just like Iran’s retaliatory strikes against US bases in Iraq, the Indian strikes at Balakot did not result in any casualties despite official claims to the contrary. This was evident in the considerable extent to which the Indian media then and Iranian media earlier this month, had bragged of scores of enemy causalities including damage to key infrastructure. Hence, constructing palatable narratives that remained acceptable enough for domestic consumption while also helping quell the same national outrage these governments had themselves helped amplify. Consequently, questions following the Balakot strikes that were then raised by Pakistan over whether the absence of casualties was intentional or purely accidental stand as similar to the ones being debated currently within the US with regards to Iran. These further boil down to questions over whether it was a lack of capability or instead a deliberate display of precision and intent by these strikes’ perpetrators.

In order to assess this, it is important to note that while both the Indian and Irani strikes bear some similarities in terms of the preceding context within which they were conducted, their differing scopes and execution plans led to two very different outcomes. For one Iran launched over a dozen ballistic missiles targeting key locations and structures at US military bases, which drawing on the recent damage assessment reports appear to have been deliberately chosen as targets. While there were a couple of missiles that seemed to have fallen off target and remained unexploded, the vast majority seemed to have hit specific structures according to satellite photographs. In comparison, the air strikes launched by the Indian Air force while representing a clear show of intent, instead failed to offer a credible display of their strike capabilities. Specifically, if the objective was to display the reach and precision of their strike abilities in the form of a forced near miss, the ambiguity surrounding their choice of targets seems to have spectacularly backfired, if that in fact was the objective. Even worse, if it was simply an accidental miss, then instead of communicating military prowess, the strike simply presented a display of sheer ineptitude in which the battle for escalation dominance was already lost, no matter the media spin.

This for instance is further evident in the different responses generated by both the Indian and Iranian strikes. Whereas the US has chosen quite visibly and publicly to not escalate the situation any further; Pakistan last year felt compelled to not only respond in kind, but to reassert its ability to conventionally deter any provocative incursions into its airspace. Following Pakistan’s own display of a forced near miss via air launched stand-off weapons, the highly publicized downing of an Indian fighter jet, and the unconditional release of its captured pilot; eventually presented a very real and irrefutable advantage in terms of escalation dominance

It is important to understand here that while the above incidents may offer a tantalizing vindication of the very concept of escalation dominance, expected outcomes only appear as clear cut in hindsight. Especially considering the inherent temptation of favoring escalation itself as a means of de-escalation, there exist a whole of host of uncertain variables that not only amplify the inherent risks, but may dramatically alter the situation for the worse. In the recent standoff between the US and Iran, the US drawing on its already established military supremacy did not have to display any capability to Iran or anyone else, hence making the decision to de-escalate a lot easier. Especially after already having achieved its objective of taking out General Soleimani. In contrast and as evident in the events following Balakot, Pakistan being on the receiving end of a much larger and better funded adversary would be in any similar situation hard-pressed not to escalate and restore deterrence. This holds a highly dangerous truth considering that the escalation ladder in South Asia is essentially built around the threat of nuclear war. Even more so with competing and vague indications of where the nuclear option lies on said ladder, this alone should technically deter any misplaced sense of adventurism if simple common sense is to prevail in the region. Yet as both incidents have shown, nothing about limited war remains predictable in today’s day and age.