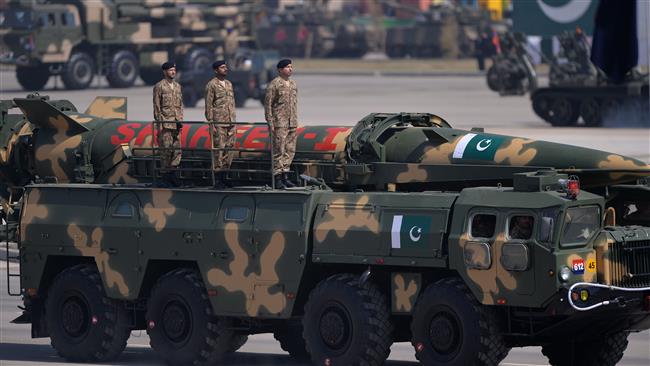 Earlier this week on 28th May, Pakistan marked more than two decades of technological prowess since successfully harnessing nuclear weapons capability. Termed as the’ Day of Greatness’ (Youm e Takbir), the occasion is meant to symbolize the country’s resolve and determination in indigenously developing advanced nuclear research and technology. Furthermore, it also commemorates the achievement of setting up the entire framework of strategic nuclear deterrence in South Asia, with respect to its arch-rival India. As a result this day symbolizes one of the defining hallmarks of the Pakistani state’s self-purported identity as a nuclear power. This in turn holds important implications for how this idea is projected inwardly to its own citizens as part of instilling a sense of patriotism and national identity, as well as being projected outwardly to its friends and foes within the wider international community.

In light of the recent escalation of hostilities between India and Pakistan following the Pulwama attacks however, this year’s commemoration of Youm e Takbircarry added implications to Pakistan’ nuclear posture as direct result of the heightened geo-political tensions pervading throughout the region. While the immediate threat of war following history’s first aerial dogfight between two nuclear powers has largely subsided, there still remains a pervasive atmosphere of jingoistic sabre-rattling between India and Pakistan. These hostilities have been driven to a large extent by the BJP’s anti-Pakistan rhetoric, which has been on clear display throughout the party’s re-election bid in the recently completed Indian elections. While initially considered by Pakistan to be directed more towards a domestic audience of Indian voters, this rhetoric has been further reinforced by the Indian state’s own nuclear posture as evident in the previous week’s test launch of its Brahmos cruise missile.

The test which has been publicized by India as a successful air-to ground launch of the ‘world’s fastest cruise missile’ has been apparently carried out to showcase India’s enhanced airstrike capabilities. Highlighting the enhanced precision and greater penetration capabilities of this particular weapons system, this test can be seen as a continuation of India’s shift towards employing a ‘counterforce’ doctrine that is premised on creating greater space for a limited military engagement, particularly with a view towards Pakistan. Hence, taken within the context of the purported ‘surgical strikes’ that the Indian Air Force had attempted to carry out within Pakistan back in February, the latest Brahmos test indicates the same kind of nuclear posturing that has come to be expected from India’s strategic planners over the last decade.

As expected, Pakistan’s response under these circumstances has been to conduct a test of its own that was carried out just a day following the Indian test. The difference however was that, Pakistan, instead of showcasing a new or upgraded technology, chose instead to carry out a training launch of its already inducted Shaheen II ballistic missile system. Referring to how the missile adequately ‘maintained the desired deterrence stability in the region’ (in the military’s official statement accompanying the launch) Pakistan has chosen instead to simply reiterate its stance on what it considers as the key to maintaining the region’s strategic balance. Hence, Pakistan’s nuclear posturing can be consequently understood as still preferring a countervalue strategy, which is premised more along the threat of Mutually Assured Destruction and all out nuclear war. This has been done to deliberately differentiate its stance from India’s emphasis on counterforce which is in contrast premised on still creating space for a limited war, as outlined above.

These differences between both countries’ strategic posturing once again pose serious implications for regional peace and stability. As evident in their differing positions, Pakistan being the economically weaker country cannot expect to compete with India at every stage of its weapon’s development program. Hence, its repeated emphasis on the deterrence value of its largely indigenously developed, yet highly capable nuclear arsenal. India on the other hand, being one of the world’s largest arms importers can easily afford to outspend Pakistan enhancing both its conventional and strategic capabilities. This is evident in its ambitious plans to upgrade both its naval and air strike capabilities by prioritizing the sophistication and integration of its cruise and ballistic missile delivery systems.

It is worth noting however, that even though both countries’ strategic directions differ vastly in their ability to project power beyond their borders, history has repeatedly shown that Pakistan is highly unlikely to let India dominate based solely on its purported military strength. As was evident in Pakistan’s own retaliatory strikes and the ensuing aerial dogfight three months ago, India’s material advantages alone are no guarantee of combat effectiveness particularly considering the immense value placed on it by its political leaders. This glaring gap between India’s purported strategy and real-world effectiveness thus lays bare a dangerous disconnect between its military planners and political leaders.

On the other side of the border, as Pakistan commemorates21 years of maintaining strategic stability within the region, its own approach stands perhaps even more vindicated within the current scenario. While there is a definite consensus based on this stance between its political and military leadership at the internal level, it nevertheless remains to be seen how this is likely to be viewed by other major powers within the wider international community. Either way Pakistan’s own claims over the deterrence value of its nuclear arsenal stand only to have been reinforced rather than eroded in light of the above developments.