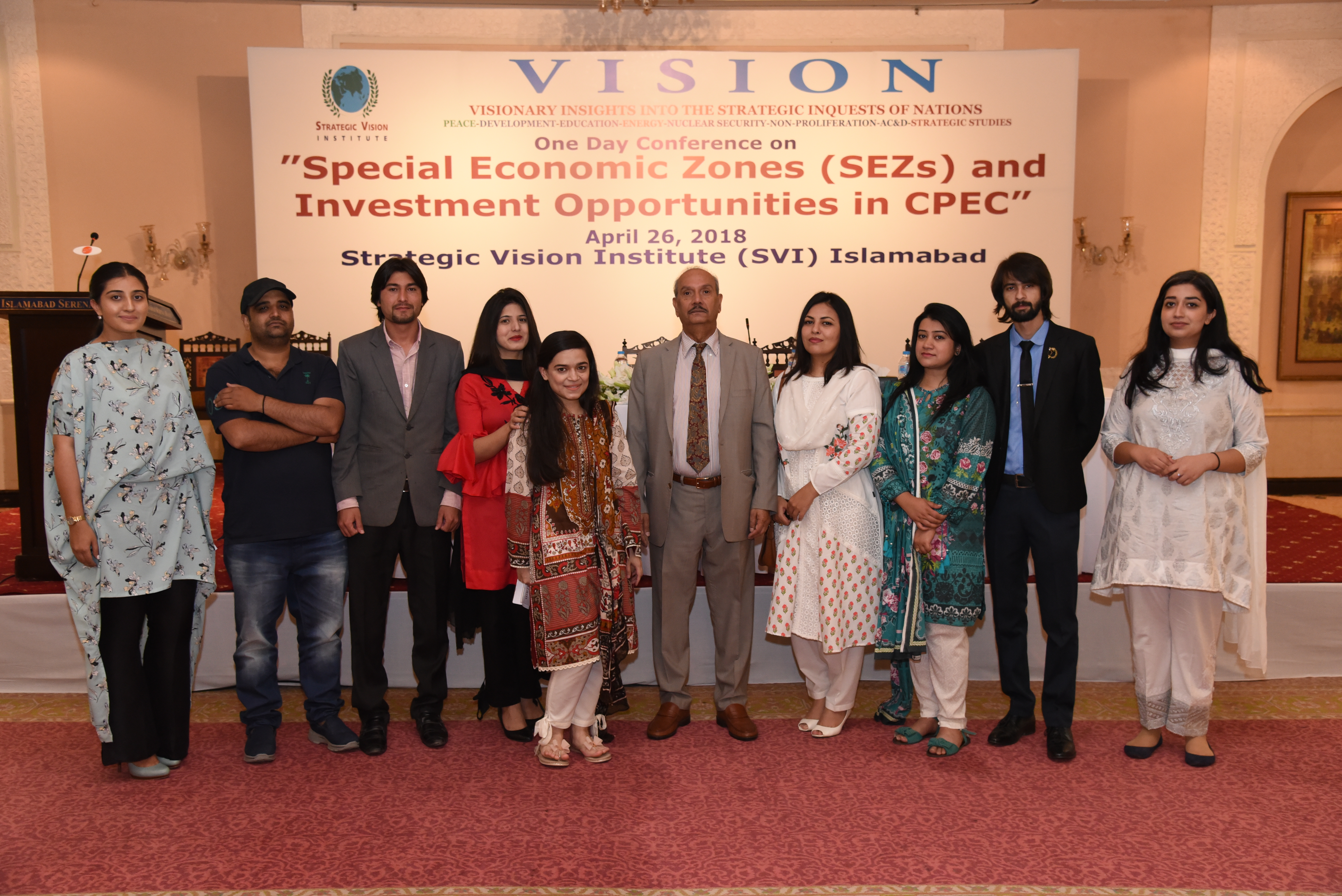 They were speaking at a conference organized by Strategic Vision Institute’s (SVI) China Studies and Information Center on ‘Special Economic Zones and Investment Opportunities in CPEC’ here on Wednesday.

The conference was held to highlight the importance of SEZ’s for local economy. The conference also looked into the challenges confronting the operationalization of these zones aimed at promoting economic growth and trade, in addition to generating local employment. Nine SEZs are to be established under CPEC. Work on three SEZs in Faisalabad (Punjab), Dhabeji (Sindh), and Hattar (KP) has commenced in the first phase of the industrialization part of CPEC.

Economist Dr Salman Shah, who has in the past led the finance ministry as adviser and also as a caretaker minister, said SEZs should exhibit Pakistan’s effort at improving the business environment in the country at least in those selected enclaves.

He listed the problems that increase difficulties in doing business in Pakistan and ones that need immediate redressal as regulatory regime, legal complications, taxes, inefficient systems and services, logistics, and infrastructure.

“These burdens have to be sorted out on a very fast track basis,” he said adding that the environment should be made conducive for investment. “It is about creating environment where world uses what we have to offer,” he further said.

Dr Shah said that for Pakistani effort for SEZs to succeed they should become home to global supply chains. At least 100 Chinese should move here so that Pakistan could prove that its model was working.

Political Counselor at the Chinese Embassy in Islamabad Jiang Han on the occasion said that SEZ’s should not be seen as “money cows”. He said SZEs are rather platforms for development and attracting investments. Hard work and a comprehensive design is required for making them successful, he noted.

He counseled Pakistani provinces against competing with each other’s SEZs. Each province has peculiar features, which it should use for maximizing its gains from its own SEZ, he underscored.

He also emphasized on making business friendly policies. “If certain policies are not favourable then adjust them according to realities,” he maintained.

President SVI Dr Zafar Iqbal Cheema said CPEC was a “historic” and “unique” opportunity to revive economy. He cautioned that by being “a passive partner”, the huge expectations being attached with the venture would remain unfulfilled.